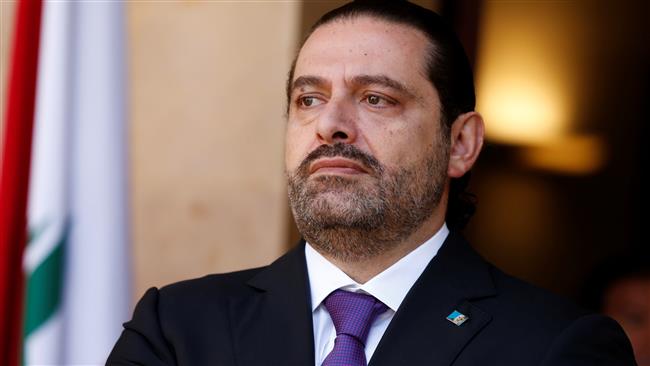 The Lebanese army says it has not uncovered any assassination plots in the Arab country after the country’s resigned prime minister, Saad al-Hariri, said during a speech declaring his resignation that there was a plot to kill him.

The army, in a statement released on Sunday, announced that intelligence in its possession in addition to ongoing arrests and investigations had not revealed “the presence of any plan for assassinations in the country.”

In a speech broadcast from Saudi Arabia by Arabic-language Al-Arabiya television news network, Hariri announced his resignation, citing numerous reasons, including the security situation in Lebanon, for his sudden decision.

He also said that he sensed a plot being hatched against his life.

Hariri accused the Islamic Republic of Iran and Hezbollah of meddling in Arab countries’ affairs; an allegation the two have repeatedly denied.

The resignation also comes less than a month after he announced plans to join a coalition government with Hezbollah.

Saad Hariri became Lebanon’s prime minister in 2016 after serving another term between November 2009 and June 2011.

He is the son of former Lebanese prime minister, Rafiq Hariri, who was assassinated in 2005. Hariri has also been the leader of the Future Movement party since 2005.

Meanwhile, informed sources at the Lebanese presidential palace said on Sunday that President Michel Aoun will not decide whether to accept or reject Hariri’s resignation until he returns to Lebanon to explain his reasons.

There is no obvious successor to Hariri and by refusing to accept his resignation, Aoun is seen to be delaying political consultations on a new prime minister.

According to Reuters, Saudi-owned newspaper Asharq al-Awsat has quoted unnamed sources close to Hariri as speculating that he would probably not return to Lebanon, because of the alleged security threat against him.