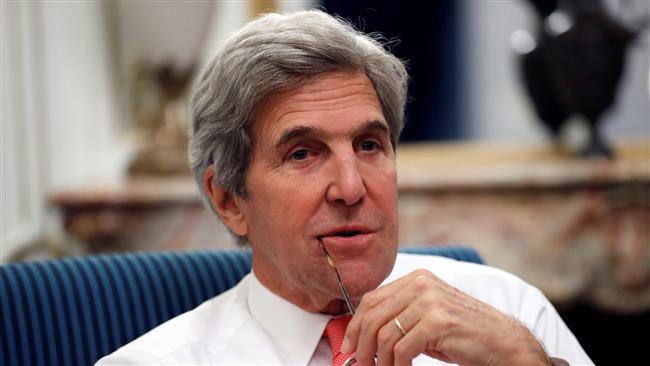 The former US secretary of state, John Kerry, says Israel, Saudi Arabia and Egypt urged Washington to “bomb Iran” before the conclusion of the 2015 nuclear deal between Tehran and world countries, with Tel Aviv pushing harder than the rest.

Speaking at a forum in Washington on Tuesday, Kerry, one of the architects of the multinational nuclear pact, defended the international document and criticized the new US administration for seeking to undermine it, Israeli media reported.

“Each of them said to me, you have to bomb Iran, it’s the only thing they are going to understand,” he said, referring to former Saudi monarch King Abdullah, ex-Egyptian president Hosni Mubarak, and Israeli Prime Minister Benjamin Netanyahu.

Netanyahu was “genuinely agitating toward action,” he added.

But that was “a trap,” he said, noting that the same Arab countries would have publicly criticized the United States if it had chosen to go for military action against the Islamic Republic.

Kerry said the proposals came to him when he was the chairman of the Senate Foreign Relations Committee, a post he filled from 2009 until early 2013.

Iran and the five permanent members of the United Nations Security Council – the United States, France, Britain, Russia and China – plus Germany signed the agreement on July 14, 2015 and started implementing it on January 16, 2016.

Under the Joint Comprehensive Plan of Action (JCPOA), Iran undertook to put limits on its nuclear program in exchange for the removal of nuclear-related sanctions imposed against Tehran.

However, US President Donald Trump, who took office a year after the deal took effect, has vociferously opposed the deal, calling it the worst contract Washington has ever entered into, and threatening to “tear up” the accord.

He refused to certify Iran’s commitment to the deal last month and gave Congress 60 days to decide whether the country would re-impose sanctions against Tehran.

“It was the best deal the US could get,” Kerry, however, said as quoted by Times of Israel. “Without exaggeration, the likelihood is very high that we would have been in a conflict,” without the agreement, he added.

Kerry added that Trump had “polluted the water” of legitimate diplomacy by vocally criticizing the deal during his election campaign.

“That was a blatant over-simplistic political appeal to the American Jewish community … because most of those people hadn’t read the agreement,” he said.

Except for the US under Trump, the other parties to the accord have all vowed to stay committed to the deal and urged Washington not to withdraw