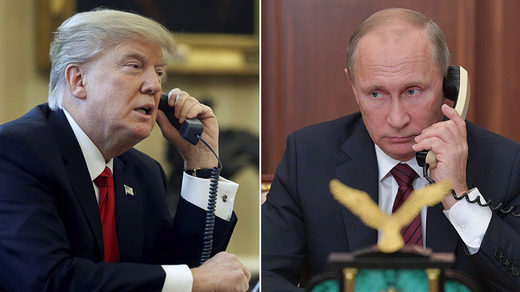 The Russian president’s recent meeting with his Syrian counterpart was one of the issues discussed on the phone by Vladimir Putin and Donald Trump. Other matters talked about ranged from Ukraine to Afghanistan to Iran.

Putin told Trump that Bashar Assad confirmed his commitment to political reforms in Syria, including constitutional amendments. Assad also supported the idea of holding presidential and parliamentary elections as part of a transitional political process during his Monday meeting with Putin in Sochi.

The Russian president also informed his US counterpart of the forthcoming meeting between the leaders of Russia, Iran and Turkey aimed at finding ways to further normalize the situation in Syria while contributing to the political process in the Middle Eastern country. The trilateral talks are scheduled to take place on Wednesday, November 22.