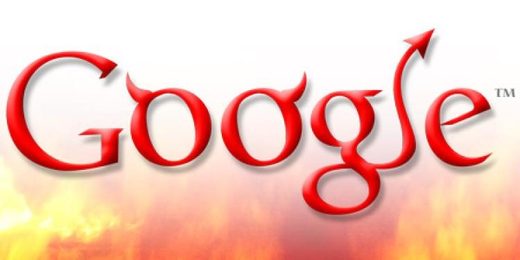 Apparently, the world’s leading search engine (by a very wide margin) feels that we aren’t capable of discerning the difference between news that is propaganda and news that is real. Recent developments that received almost no coverage by the western media show us the lengths that Google is willing to go to in its efforts to protect us from Russian-sourced fake news.

Before we go any further in this posting, let’s look at a study from 2009 that looked at users online behaviour. According to the study which looked at the internet behaviour of 109 subjects, 91 percent did not go past the first page of internet search engine results and 36 percent of subjects did not go beyond the first three search results. This means that any external “adjustments” to search engine results could be used introduce a significant bias from the perspective of users.

At the recent Halifax International Security Forum held in Halifax, Nova Scotia (Canada for those of you that aren’t familiar with Canadian geography), during a question and answer session, Alphabet’s (the parent company of Google) Executive Chairman, Eric Schmidt made some very interesting and telling comments.

The basic question asked of Dr. Schmidt at the beginning of his exchange with the moderator and various members of the audience was “What is Google doing to fight extremism and fake news“.

Here are excerpts from his responses to several questioners:

“Ten years ago, I thought that everyone would be able to deal with the internet because the internet, we all knew, was full of falsehoods as well as truths. It’s been joked for years that the sewer part of the internet, crazy people, crazy ideas and so forth. But the new data is that the other side, actors that trying to either to spread misinformation or worse, have figured out how to use that information for their own good whether it’s amplification around a message or repeating something a hundred times so that people actually believe even though it’s obviously false and that kind of thing. My own view is that these patterns can be detected and that they can be taken down or de-prioritized. One of the sort of problems in the industry is that we came from, shall we say, a more naive position, right, that illegal actors and that these actors would not be so active. But now, faced with the data and what we’ve seen from Russia in 2016 and with other factors around the world, we have to act….

The most important thing, I think that we can do is to ensure that as the other side gets more automated, we also are more automated. The way to think about it is that much of what Russia did was largely manual, literally troll farms as they’re called, of human beings in Moscow. We know this because they were operating on Moscow time and were appearing to operate in Virginia and Ohio and Wyoming and so forth and you can imagine the next round of that will be much more automated.

We started with the general American view that bad speech will be replaced by good speech in a crowded network and the problem in the last year is that that may not be true in certain situations especially when you have a well-funded opponent who’s trying to actively spread this information. So, I think everyone is sort of grappling with “Where is that line” (i.e. the line of censorship).

I am strongly not in favour of censorship, I am very strongly in favour of ranking and that’s what we do…You would de-rank, that is lower rank, information that was repetitive, exploitive, false, likely to have been weaponized and so forth.”

It’s very difficult for us to ascertain truth.

Given that background on Dr. Schmidt’s preferred approach to fake news, the following comments are particularly telling. When asked by a questioner if it was necessary for Google to monetarize “Russian propaganda outlets” such as Sputnik with Google Adsense, a function that provides Sputnik with income when a reader clicks on a Google Ad that is displayed on a webpage, Dr. Schmidt answered:

“So, we’re well aware of this one ande are working on detecting this kind of scenario you are describing and again, de-ranking those kinds of sites. It’s basically RT and Sputnik are the two and there’s a whole bunch of coverage about what we’re doing there. But we’re well aware of it and we’re trying to engineer the system to prevent it. We don’t want to ban the sites, that’s not how we operate.”

Given that most users go no further than the first page of search engine results, one can see how easily Google could manipulate “the news” to nearly eliminating the Russian viewpoint.

With that, let’s look at how Google/Alphabet/Dr. Schmidt assisted financially during the latest election cycle

Here are the top recipients:

Note that Hillary Clinton received $1.588 million compared to Donald Trump’s very meagre $22,564. Perhaps at least some of Dr. Schmidt’s angst about Russia’s alleged involvement in the 2016 U.S. election is connected to the fact that his candidate of choice lost.

Having spent some time in Russia, I found that there were no access problems to websites from around the world. From my perspective, it certainly did not appear that the Russian government was doing anything to prevent its citizens from accessing all of the content that they wish to access from anywhere in the world. What’s next? is Google going to write an algorithm that will prevent Russians Chinese and other people around the world from reading their own government’s “propaganda” that may be not particularly pro-Washington and, by doing so, force them to read the American version of the “truth”.

If you wish to watch the entire interaction with Dr. Schmidt, you can go to the link here. His comments start at the 1 hour and six minute mark.

I’ve said it before. George Orwell was right, he was just a few decades ahead of his time. Non-government actors in the United States, including Google, have learned an important lesson from the 2016 election and we can pretty much assure ourselves that the next election will see significant massaging when it comes to what we read and hear. At least when it comes to Google, we know that they have our backs when it comes to fake news.