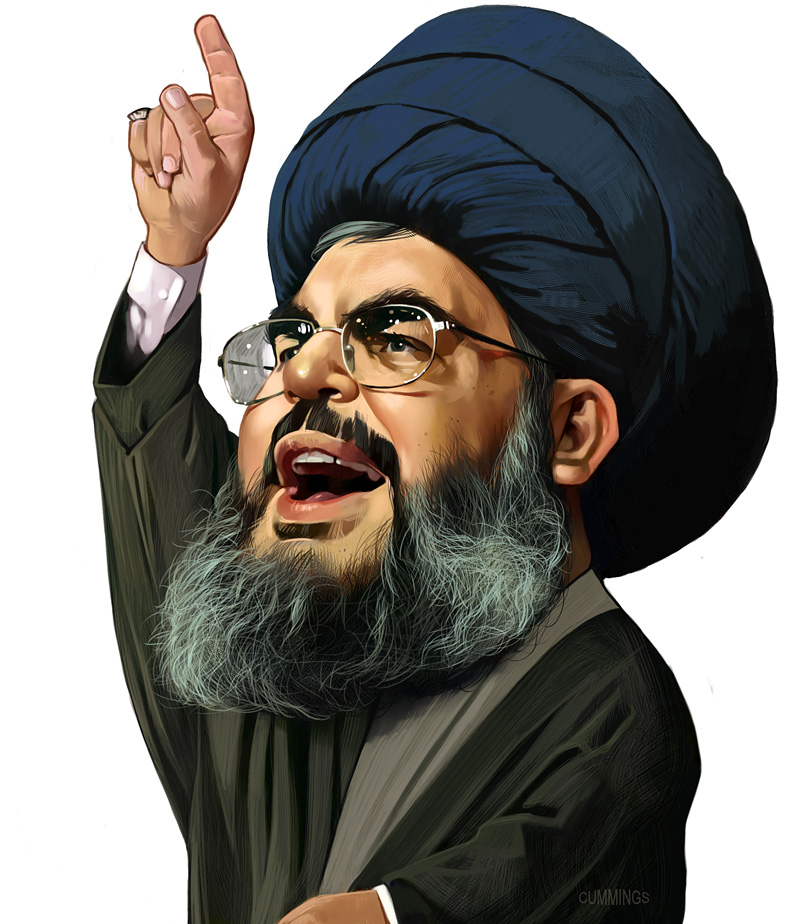 Of course, we will also need real festivities to celebrate the victory because it will be a great victory, a victory against the organization representing the greatest danger (for all) that soiled more than anyone the religion of Muhammad b. Abdillah, peace and blessings be upon him and his family, since 1,400 years. This will be the victory of humanistic and moral values against horrific bestiality, cruelty and violence. A victory that will have a huge impact on the cultural, religious, humanitarian, military, security, political levels, as well as on the very image (of Islam and Muslims) and at all levels.

And at that moment, we will have to repeat that the Iraqi people, the Syrian people, the Lebanese people, all the elites and all the leaders and peoples of the region should reflect, weigh and return to the question of the identity of the creators, supporters, advocates and promoters of ISIS, that enabled them to commit these terrorist massacres [US, UK, France, Saudi Arabia, Turkey, Qatar…], and the identity of those who have stood against ISIS, fought them, offered martyrs in this fight [Iran, Syria, Irak, Hezbollah, Russia] and inflicted a defeat on ISIS and all those who stand behind them. This is a discussion to be held with depth and strength so that the (Muslim) believers do not become victims twice of the same ills.

Returning to the victory of Abu Kamal [last important ISIS bastion in Syria, retaken by Syrian, Iran, Hezbollah and Russian forces]. What did the Americans do? As this will also be useful in the discussions that will take place then. In the battle of Abu Kamal, Americans did everything they could to help ISIS, except for one thing: open fire directly on the allied forces who worked for the liberation of Abu Kamal. It’s the only thing they have not done, they did not open fire on us. The US Air Force did not hit the Syrian and allied forces liberating ISIS – sorry, liberating Abu Kamal from ISIS. Let’s see some examples of what they did.

First, they provided air cover to ISIS throughout the whole region east of the Euphrates River, between the river and the Iraqi border. In this region, ISIS moved freely and openly with its strengths, tanks, heavy weapons, missiles, front lines, everything was secured by the Americans. The US Air Force has never struck them, while they claim to be at the head of an international alliance to fight ISIS, and they prevented the Russian and Syrian aircraft from approaching the area. And they threatened that in case of Russian or Syrian strikes East of the Euphrates, they would strike West of the Euphrates and therefore hit the allied forces attacking Abu Kamal. That is the first point: US coverage and comprehensive aerial protection for ISIS East of the Euphrates, and thus their front lines during our attack and when they retreated.

Second, the Americans sent their drones over the Allied forces that liberated Abu Kamal and provided – these are not frivolous charges, but clear data and highly sensitive information – ISIS with accurate information which then allowed them to hit the targets identified by the US drones.

Third, they conducted an intense electronic warfare that worked to blur all electronic devices used by offensive forces.

(Fourth), when finally ISIS was defeated in Abu Kamal, they did everything they could to help ISIS to withdraw, to protect them and save their lives. It’s always the same story, it’s not worth repeating. All they could do to facilitate and protect the retreat of ISIS, its officers and capacities from Abu Kamal to the East of the river, the Americans did. And ISIS was also welcomed and advised in areas controlled by the Kurds, the so-called Syrian democratic forces.

Sidebar: we will have to – it is a legitimate hypothesis – expect in the more or less far future that ISIS residues are reformed and become battalions of the “Syrian democratic Forces” directed, supported and now led by US forces in Syria.

And finally, during the battle and after it, US helicopters landed in the ISIS regions and extracted leaders, people (among the ranks of ISIS to save them). We should wonder about their role, their actions, the orders they received from Americans with ISIS. And it happened in many places and many times, especially in Deir Ezzor and in Iraq. This is what the Americans did.

And their real concern was that ISIS resists at Abu Kamal until the end, and that this offensive from Syrian and allied forces against Abu Kamal fails. And this is further evidence of the extent of US interference, of their support and protection for ISIS as long as possible.

We should remember that the Americans said that eliminating ISIS will require 30 years according to some, 25 years according to others, and 10 years for the most optimistic, but the Resistance Axis in the region managed to inflict a (near-final) defeat to ISIS in just a few years. This is a humiliation for American leaders and US policy. And this highly harmful interference continues until now. These American lies and deception must be revealed publicly to our peoples.

And the danger is that ISIS is restored again by the Americans in the next stage, with a new name, new slogans and new forms to accomplish the same missions accomplished by ISIS.