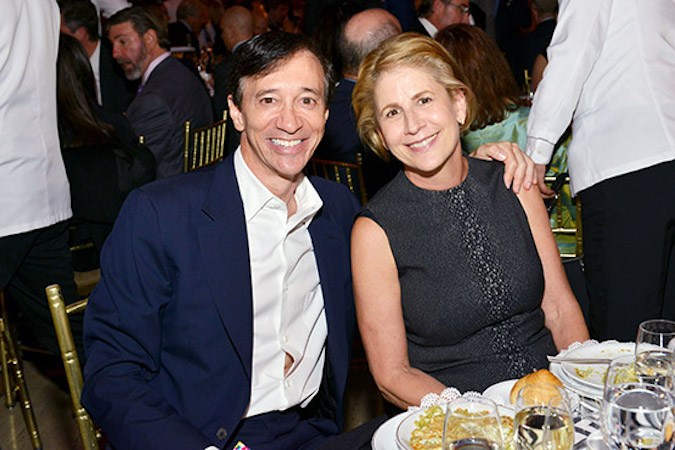 A shocking new lawsuit claims that top investment fund manager for George Soros, who was featured in Liar’s Poker “ran human trafficking enterprise in which he raped, electrocuted and imprisoned women in NYC sex dungeon.”

According to The Daily Mail…

– Howie Rubin, 62, is accused of raping and beating three women in apartment
– According to a lawsuit he hit one so hard that her breast implant ‘flipped’
– He allegedly shocked one of his victims with a cattle prod before raping her
– Another alleged victim claims he threatened to rape her ‘like his daughter’
– The women are all models from Florida who say Rubin contacted them through Instagram
– Rubin came out of retirement in 2008 to work for Soros Fund Management
– Rubin has been married since 1985 and has three children

Out of all the stories of harassment, abuse and victimization of women that have emerged since the Harvey Weinstein scandal broke last month, this one is possibly the most repugnant.

To wit, the New York Post reported Friday that a former portfolio manager at Soros Fund Management, the firm founded by Billionaire investor George Soros, sadistically abused and victimized women in a Manhattan penthouse sex dungeon – even beating one woman so brutally that one of her breast implants flipped.

Howie Rubin, 62, a former Bear Stearns trader who was featured in the best-selling Michael Lewis novels “Liar’s Poker” and “The Big Short,” was accused in a $27 million lawsuit filed in Brooklyn federal court of luring women to his sex dungeon, abusing them, then trying to silence them with settlements and NDAs.

Rubin reportedly rented a lavish Metropolitan Tower pad in Midtown to indulge in brutal sex with women whom he paid between $2000 and $5000 per session, according to the suit filed Thursday.

The three unidentified plaintiffs in the case – including two Playboy Playmates – claim the married father raped and beat them to the point that they needed extensive medical attention, court papers say.

“I’m going to rape you like I rape my daughter,” Rubin allegedly barked during one of the purported beatings.

In one session, he beat one of the women’s “breasts so badly that her right implant flipped,” the papers state. The former Bear Stearns trader paid her $20,000 to repair the damage.

One plaintiff was tied up, gagged and shocked with a cattle prod in her groin before Rubin allegedly raped her, according to the filing.

The trio sought to “cover up Rubin’s sexual misconduct and criminal abuse of women and to serve as a cover for his wide-ranging human trafficking scheme,” wrote Balestriere.

A lawyer for one of the women blasted Rubin’s alleged conduct.

“While arrogance and self-import may convince certain men otherwise, neither money nor power gives any person the right to victimize a woman,” said Jeremy Saland.

Rubin declined to comment to the post. Of course, Soros recently made headlines for donating most of the assets held by Soros management – which had been converted into a family office for the Soros family – to his “Open Society” foundation. The gift was worth a reported $18 billion.

As we pointed out way back in 2009, Rubin is described in Michael Lewis in “Liar’s Poker” as the man who (in the days before Kerviel and other next gen “superstar” traders) had “lost more money on a single trade than anyone on the history of Wall Street.”