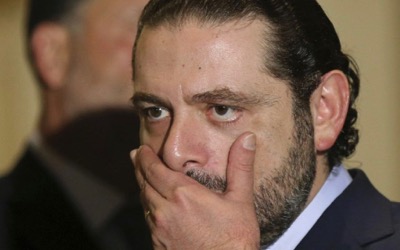 The French government has spoken to the Saudi Crown Prince, Mohamed Ben Salmane, to ask him set free the Lebanese Prime Minister, Saad Hariri. The latter is currently being detained in the Ritz Hotel, Riyadh with several personalities arrested during the coup at the Palace. He cannot be reached.

Mr Hariri announced from the Ritz Hotel that he was resigning from the office he was holding in Lebanon. According to the Lebanese Constitution, he remains responsible for on-going matters until his successor has been appointed. Although he directly informed President Michel Aoun by telephone that he was resigning, he did not articulate his reasons for doing so.

In a televised speech, Sayyed Hassan Nasrallah, the Secretary General of Hezbollah, leapt to the defence of Saad Hariri, Leader of the Coalition opposed to his party. He denounced Saudi interference in the internal affairs of Lebanon.

On Monday morning, President Michel Aoun convened the Council of Defence at the Palace of Babda to gauge their reactions to the unexpected disappearance of the Prime Minister. He does not seem to consider a telephone resignation as a valid form of resignation and should only take account of it if the Prime Minister were to return to Lebanon to announce it to him in person.

Apart from the former Head of Police, Achraf Rifi, who had returned from exile to succeed Saad Hariri, the Lebanese ruling class is exercising caution. According to Rifi, President Aoun must assume his duties and must set about choosing a new Prime Minister as a matter of urgency.

As Saad Hariri is a national of both Saudi Arabia and Lebanon, he cannot benefit from diplomatic immunity in Saudi Arabia.