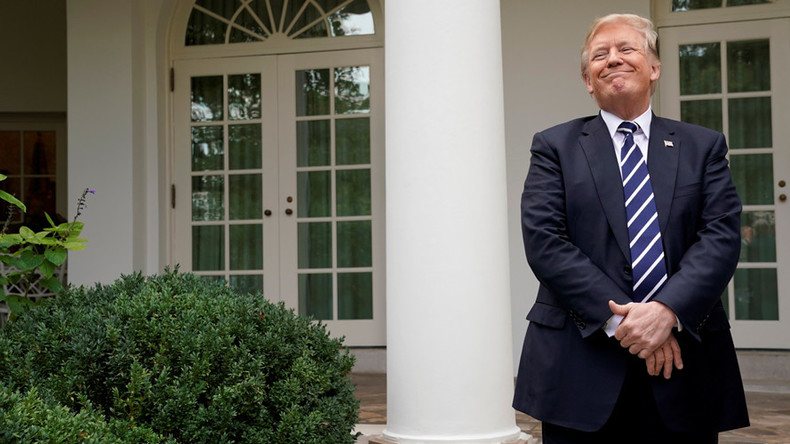 The infamous “Steele Dossier,” which alleges collusion between Donald Trump and Russian operatives during the 2016 election campaign is back in the headlines, with revelations that Hillary Clinton’s campaign team paid the British spy for his research.

The dossier was funded by the Democratic National Committee (DNC) and the Clinton campaign, the Washington Post revealed Tuesday.

Of course, perhaps even more scandalously, the FBI also funded Christopher Steele’s work, after Clinton’s presidential bid ended in failure. And since then, the agency has resisted all oversight by congressional committees looking into its role in the affair.

While the dossier has been taken seriously by most American political pundits, and endlessly promoted by the mainstream media, it’s being treated with scorn among genuine Russia experts. In fact, there is not a single credible Russia specialist who has endorsed the report’s findings.

Meanwhile, in Russia itself, the document is derided as a complete ‘nothingburger’, especially given how it makes a series of absolutely ludicrous claims.

Most notably, it asserted that Trump once hired prostitutes to urinate in front of him on a bed that former President Barack Obama and first lady Michelle Obama had slept in at the Ritz-Carlton hotel in Moscow, and that tapes exist of the incident.

Moscow insiders are particularly skeptical of Steele’s claim to have sources which include a “senior Russian Foreign Ministry figure,” a “senior Kremlin official” and a “former top-level intelligence officer still active in the Kremlin.”

Vladimir Putin’s inner circle is notoriously tight and leaks rarely emerge from inside the Russian government, in contrast to the set-up at the White House. Thus, the idea that staffers would risk a 12 to 20-year jail statutory penalty for espionage in order to cause some problems for Trump is frankly inconceivable.

As Bloomberg’s Leonid Bershidsky has correctly pointed out, “private operative Steele couldn’t even offer his informants the thin protection that comes with working for a foreign intelligence agency, which might help a valuable agent if push came to shove.”

So, are we expected to believe that apparatchiks who have spent years building their careers would sacrifice their livelihoods, and personal freedom, to aid a former MI6 officer?

There have been reports that Steele had paid his informants. Former acting CIA director and Clinton supporter Michael Morrell has pointed out this would undermine his contentions even further.

“If you’re paying somebody, particularly former [Russian Federal Security Service] officers, they are going to tell you truth and innuendo and rumor, and they’re going to call you up and say, ‘Hey, let’s have another meeting, I have more information for you,’ because they want to get paid some more,” he observed.

Another obvious falsehood in the document is the assertion that Trump’s personal attorney Michael Cohen traveled to Prague to meet Russian foreign affairs council supremo Konstantin Kosachev. Cohen has been able to prove he was in the United States at the time the meeting is alleged to have taken place. Indeed, the lawyer insists he’s never been to the Czech capital in his life.

I have never been to Prague in my life. #fakenews pic.twitter.com/CMil9Rha3D

Equally ridiculous is the dossier’s allegation that Putin and his government had sought to “cultivate” Trump “for a period of five years” (from 2011 onward). Not even a real-life Nostradamus could have predicted ‘the Donald’s’ ascent to the presidency that far back. If the Kremlin was going to groom a candidate, surely they’d have chosen a more obvious contender?

Steele also links Russia to the supposed hacking of the DNC. Yet WikiLeaks editor Julian Assange, who published the files, has publicly stated that Russia did not leak the documents to his organization. Furthermore, a memo prepared by former US intelligence analysts andpublished by “The Nation” suggests it was an inside job.

“There was no hack of the Democratic National Committee’s system on July 5 last year – not by the Russians, not by anyone else,” the Veteran Intelligence Professionals for Sanity group wrote.

Perhaps the biggest red-flag for genuine Russia experts is Steele’s comical declaration that Dmitry Peskov, the Kremlin press secretary, controls a dossier of compromising material on Clinton that has been collated by the Russian secret services.

“Source G, a senior Kremlin official, confided that the Clinton dossier was controlled exclusively by Chief Kremlin spokesman, Dmitry Peskov, who was responsible for compiling/handling it on the explicit instructions of Putin,” Steele wrote.

Now, just ponder that for a moment. Why, in the name of all that’s reasonable, would Putin ask his spokesman to handle such a project? Rather than, say, the head of foreign intelligence or the security services? This would be the equivalent of Trump engaging Sarah Huckabee Sanders (or Sean Spicer) to handle top-secret information on Russian political figures, rather than engaging the CIA or State Department.

Speaking of agencies, one of the Washington Post revelations was that “the FBI agreed to pay Steele to continue gathering intelligence about Trump and Russia” after the election, “but the bureau pulled out of the arrangement after Steele was publicly identified in news reports.”

We have now endured over a year of the US mainstream media telling us that Trump colluded with Russia to steal the White House from Clinton. Yet, there is no smoking gun and no real evidence. Instead, we have a badly prepared report by a foreign spy, which was paid for by the Democrats themselves.