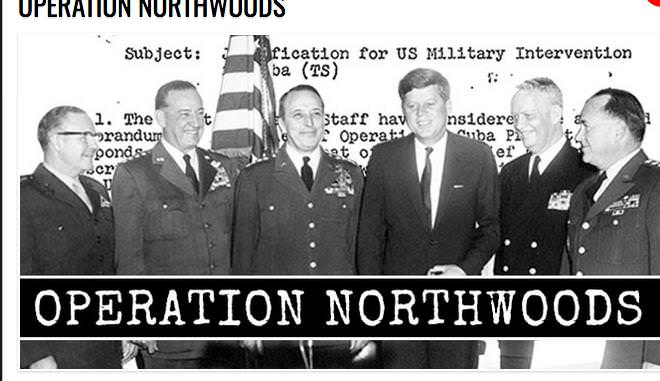 The Operation Northwoods document, recorded by the Joint Chiefs of Staff in 1962, proves that the US government planned major false flag events with large numbers of complicit people who lie in order to achieve a political objective.  It provides details on government schemes to sabotage ships and planes, create the illusion of casualties, stage riots and actually sinking a boatload of refugees, “real or simulated”, meaning that they are willing to kill real people to achieve their goals.  Remember that it is legal to use propaganda against US citizens.

Operation Northwoods is the name of a military document, signed by the US Joint Chiefs of Staff in 1962, that was a plan to stage a false-flag attack on US military instalations and to shoot down a drone that was painted to look like an American airliner and do it in such a way that it would appear that it was done by Cuba. The purpose was to create sufficient public outrage to support a US military attack, supposedly in retaliation. Although the plan was not put into opeartion, it was approved and was ready to be implemented when ‘needed’. [Something very much like this actually did happen on 9/11.]