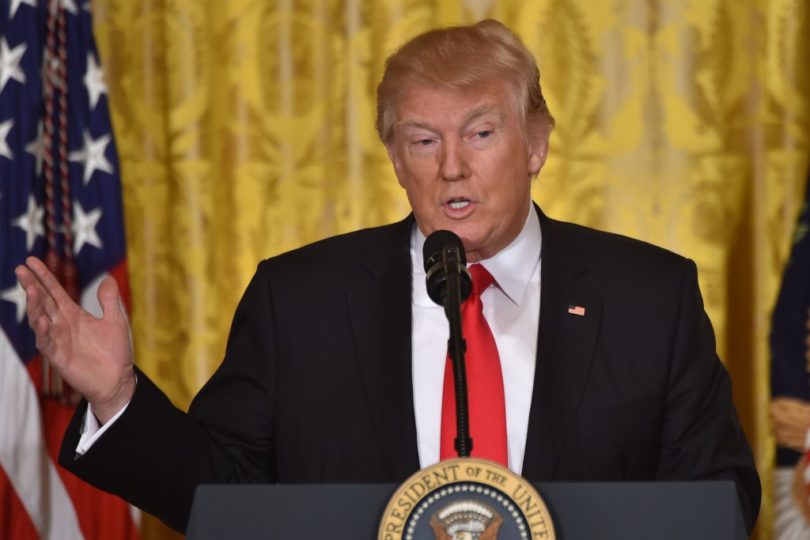 President calls for ending of Russiagate investigations, citing absence of evidence of collusion

Further proof that the Russiagate scandal is on its last legs came during a lengthy press conference at the White House on 16th October 2017 attended by both President Trump and Senate Majority Leader Mitch McConnell.

The subject of Russiagate came up only briefly, and the President’s response was relaxed and confident

THE PRESIDENT: Well, I’d like to see it end. Look, the whole Russian thing was an excuse —

Q Would you (inaudible).

THE PRESIDENT: Excuse me. Excuse me. The whole Russia thing was an excuse for the Democrats losing the election, and it turns out to be just one excuse. I mean, today Hillary blamed Nigel Farage. That one came out of nowhere. So that was just an excuse for the Democrats losing an election that, frankly, they have a big advantage in the Electoral College. They should always be able to win in the Electoral College, but they were unable to do it.

So there has been absolutely no collusion. It’s been stated that they have no collusion. They ought to get to the end of it because I think the American public is sick of it.

Q Thank you, sir. A quick follow-up on an earlier question. You discussed the special counsel and the investigation currently. Are you considering firing Robert Mueller?

THE PRESIDENT: No, not at all.”

Following these brief exchanges the correspondents present and the President moved on to other topics.

Contrast these calm and brief exchanges with the gigantic, sprawling, angry 77 minute news conference the President gave on 16th February 2017, which was taken up almost exclusively with the Russiagate scandal, and which was discussed by me here.

The President is presumably being kept informed – if only by his own lawyers – of the progress (or lack thereof) of the Mueller investigation and of the various other investigations into Russiagate.  His calm and confident response, and his categorical denial of collusion between the Trump campaign and the Russians, shows that is aware that the investigations have unearthed nothing and are going nowhere.

A key point to understand about the various Russiagate investigations – and the allegations of collusion which they are supposed to be looking into – is that these allegations only become credible if they result in criminal prosecutions, which must be proved before American juries in US courts.

Unlike international courts US courts operate within constitutional safeguards, which are almost impossible to override.

What that means is that even if Special Counsel Mueller wanted to concoct cases on fabricated evidence and bring false charges against some of the individuals named in the Russiagate scandal – people like Paul Manafort and Carter Page – he would almost certainly not do so, since he would know that those cases would almost immediately unravel if they were brought before a court, taking his hard-earned reputation down with them.

In saying this I should make it clear that I have seen no evidence that Mueller is planning to concoct cases in that way, and I am sure that he has no intention of doing so.  Needless to say if he did then I would expect Deputy Attorney General Rod Rosenstein – who would have to approve any prosecutions Mueller recommended – would act to stop him.

The big question now is how much longer these investigations are going to take before they finally face up to the fact that they are coming up with nothing?

My guess is that we must be getting close to that point now.