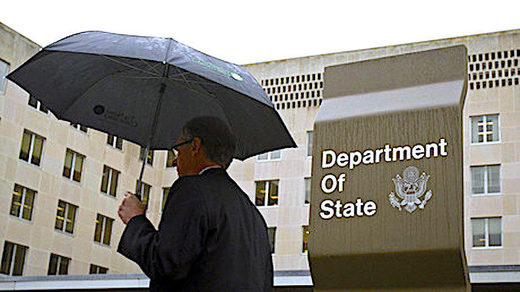 US Secretary of State Rex Tillerson has reportedly scrapped an office within the State Department that coordinated foreign sanctions policy. Sanctions have long served as a pillar of Washington’s foreign policy toward Iran, North Korea and Russia.

The sanctions office was shuttered after the Trump administration missed an October 1 deadline to apply new penalties against Russia, adopted by Congress in August, Foreign Policy reported. The Policy Planning Office, which did not supervise programs or initiatives at the State Department in the past, will now be responsible for the work done by the Coordinator of Sanctions Policy Office, the magazine reported, citing sources.

The “elimination of the sanctions coordinator appears to be part of the larger reorganization debacle underway at the State Department,” Sean Bartlett, spokesman for Sen. Ben Cardin (D-Md.), ranking member of the Senate Foreign Relations Committee, told Foreign Policy.

The elimination of the office, created under former Secretary of State Hillary Clinton, has driven a wedge among former officials and experts.

Daniel Fried, who previously served as the coordinator for sanctions policy, said that “you can’t read into that a lack of commitment to sanctions. It’s not as if [the administration] is gutting sanctions altogether,” he told Foreign Policy. According to Fried, during his tenure the office worked hand in hand with the Treasury to carry out tasks such as working with Asian allies to push North Korea sanctions and identifying individual Russians attempting to evade targeted US sanctions.

“You can churn out all the sanctions you want,” Edward Fishman, a former sanctions policy official in the Obama administration, told the magazine. “But if you don’t have diplomats around the world pounding the pavement every day to get allies on board, they won’t be effective.” Other former officials said that without the office, bureaucratic infighting and bitter turf battles could turn out to be a “real problem” for the State Department.

Earlier this month, the Trump administration came under fire after it missed an October 1 deadline on implementing new sanctions against Russia. “The delay calls into question the Trump administration’s commitment to the sanctions bill which was signed into law more than two months ago, following months of public debate and negotiations in Congress,” Senators John McCain (R-Ariz.) and Cardin said in a statement.

“In addition to the administration’s lack of responsiveness on this deadline, there does not appear to be a significant diplomatic effort to engage our allies in Europe and lead an effort to increase pressure on Moscow,” they added.

On Thursday, the State Department finally submitted to lawmakers a list of Russian defense and intelligence entities that could face sanctions. It featured over 30 Russian defense sector entities, ranging from the state-owned Russian Technologies State Corporation, Rostec, to the world-famous AK-47 producer Kalashnikov.

The State Department’s measure is part of the ‘Countering Russian Influence in Europe and Eurasia Act of 2017’ legislation. Passed by the Senate in late July, it slapped new sanctions on Russia, Iran and North Korea. In early August, Donald Trump signed the act into a law, pledging to provide a list of individuals and organizations that should be added to the sanctions list by October 1.

Russian Trade and Industry Minister Denis Manturov said that most of the companies on the newly compiled list are actually already under US sanctions. “This [new sanctions] should not affect business,” the minister noted.