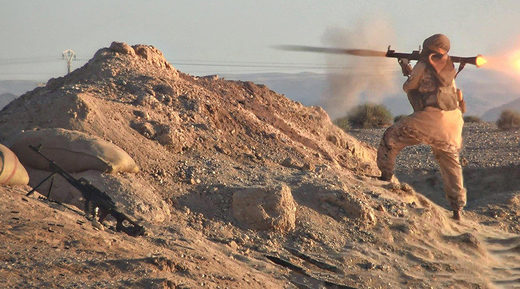 The 100km area around the US Al-Tanf base near the Syrian-Jordanian border has become a “black hole” which ISIS terrorists use to carry out attacks against Syrian troops and civilians, the Russian Defense Ministry said.

The base, set up by the US in April 2017 near the border town of Al-Tanf, is becoming a problem for Syrian troops combating Islamic State(IS, formerly ISIS/ISIL) terrorists in Deir ez-Zor province, the statement says.

“Unlawful establishment by the US of this military base on Syria-Jordan border in April this year has been publicly justified by ‘the need to conduct operations against IS,'” the statement reads.

However, “there were no reports of a single American operation against Islamic State during the six months of its existence,” the Russian Defense Ministry said.

“Though the Pentagon repeatedly claimed that the base is used to train the so-called ‘New Syrian Army’ by the coalition instructors from the US, the UK and Norway,” it has become “a 100-kilometer black hole” on the Syria-Jordan border, the statement added.

The ministry also accused the US of not letting humanitarian convoys through the area to reach the Rukban refugee camp, which is located close to the base.

The camp is reportedly hosting around 60,000 women and children from Raqqa and Deir ez-Zor.

The refugees in Rukban serve as a “human shield” for the American base, the ministry’s spokesman, Major-General Igor Konashenkov, said.

In a statement, the Pentagon dismissed any claims that the US had any agenda in Syria other than to fight IS as “ridiculous.”

“The coalition’s mission in Syria is to defeat ISIS and prevent its return to liberated areas. Any claims to the contrary are ridiculous,” a spokesperson told Sputnik news agency. “US forces operating in Syrian territory operate under authorities to combat terrorism, and will continue to advise and assist partner forces as long as ISIS remains either a conventional or insurgent threat.

“The coalition continues its mission to train partner forces in the tri-border region as part of its campaign to defeat ISIS throughout Syria and Iraq,” the statement added.

This is not the first time the defense ministry has accused the US of siding with terrorist groups. In late September, the Russian military released aerial images purportedly showing American hardware and equipment in the area north of Deir ez-Zor, controlled by IS.

The images “clearly show that US special ops are stationed at the outposts previously set up by ISIS militants,” the Defense Ministry said in a statement.

Though the US outposts are located in IS-controlled areas, “no screening patrol has been organized at them,” which could indicate the US troops “feel absolutely safe” in the area held by the terrorists, the defense ministry said.

Earlier, Rossiya 24 TV filmed a man who said he was an US-trained rebel defector named Assad As-Salem. He claimed that the commander of his unit traded US-made weapons and ammunition to IS while the Americans turned a blind eye.

“When we learned that our unit’s leader was selling weapons to ISIS terrorists, we reported that to American base command, but following our report no action has been taken, the Americans only ramped up the support to the man who was appointed our commander and who was dealing with ISIS,” As-Salem claimed in the interview.

Earlier, claims that the US-led coalition in Syria has any links to IS were vehemently denied by the Pentagon, calling them “baseless” and “unhelpful.”