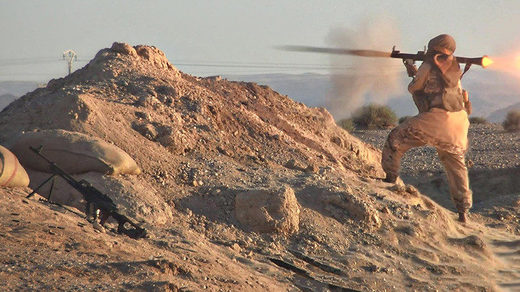 Britons who joined Islamic State (IS, formerly ISIS/ISIL) in Iraq and Syria should not be prosecuted for their involvement, according to the Government’s Independent Reviewer of Terrorism Legislation. Max Hill QC says many were simply naïve, and should therefore be rehabilitated into British society.

Many UK nationals who have returned after taking up arms in the Middle East have not been charged with any crime, says Hill. Despite warnings from Britain’s domestic intelligence agency MI5, hundreds of people will avoid punishment.

Andrew Parker, director general of MI5, announced just days ago that terrorism threats are evolving at an unprecedented rate.

Hundreds of jihadists are believed to be back in Britain after fighting in the Middle East. Around 850 are thought to have travelled to Syria since 2011. Hill says the way to deal with them could be simply to allow them back into society.

“We are told we do have a significant number already back in this country who have previously gone to Iraq and Syria,” he told the BBC.

“That means the authorities have looked at them, and looked at them hard, and have decided that they do not justify prosecution and really we should be looking at reintegration and moving away from any notion that we are going to lose a generation from this travel.”

“It’s not a decision that MI5 and others will have taken lightly. They, I am sure, will have looked intensely at each individual on return.

“But they have left space, and I think they are right to do so, for those who travelled, but who travelled out of a sense of naivety, possibly with some brainwashing along the way, possibly in their mid-teens and who return in a sense of utter disillusionment. We have to leave space for those individuals to be diverted away from the criminal courts.”

Counterterrorism officials have said that “not a huge proportion” of returnees had been prosecuted. However, they are subject to restrictions, including tags, curfews and monitoring. Hill said anyone who commits a crime upon their return should be charged.

Richard Barrett, former director of global counterterrorism at MI6, Britain’s foreign intelligence agency, said every case should be looked into.

He also insisted the authorities should be looking at long-term damage and whether specific persons could be a threat in the future.

“Many of them went to join something, join something new, something that looked bright and attractive and satisfied some of the needs in their lives and probably found that didn’t exist out there and so came back highly disillusioned,” he said.

“Also, someone going off to join the Islamic State is not likely initially to be somebody going off to be a domestic terrorist, they seem to me to be two different motivations,” added Barrett.