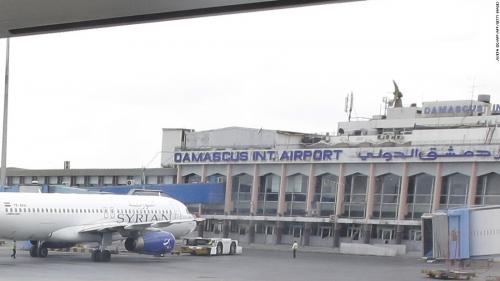 The Intercept has just released a new top-secret NSA document unearthed from leaked intelligence files provided by Edward Snowden which reveals in stunning clarity that the armed opposition in Syria was under the direct command of foreign governments from the early years of the war which has now claimed half a million lives.

The US intelligence memo – marked “Top Secret” – is arguably the most damning piece of evidence to date which gives internal US government confirmation of the direct role that both the Saudi and US governments played in fueling an armed insurgency which launched massive and well-coordinated attacks on civilians, civilian infrastructure, as well as military targets in pursuit of regime change. The NSA report is sourced to the intelligence agency’s controversial PRISM program – which gives the NSA the ability to sweep up all communications and data exchanged through major US internet service providers like Google. The memo focuses on events that unfolded outside Damascus in March of 2013.

According to the document, the Free Syrian Army (FSA) was ordered to “light up Damascus” and “flatten” the Syrian capital’s international airport by Prince Salman bin Sultan – a prominent member of the Saudi royal family tasked with overseeing operations in Syria as a top Saudi intelligence officer. The document further reveals that the “Saudis sent 120 tons of explosives/weapons to opposition forces” – presumably in the lead up to the operation.

One of the videos that Saudi-backed FSA fighters uploaded to YouTube identified by The Intercept as showing rockets launched on civilian areas of Damascus on March 18, 2013. US intelligence knew of the secret operation three days in advance yet did not stop it.

The report not only confirms that the assault happened, but that the Saudi government was “very pleased” with the outcome: “Attacks against airport, Presidential palace and other locations occurred on 18 March,” the memo reads. Also significant is that the memo confirms US intelligence foreknowledge of the attack on a major civilian airport: “Reports gave U.S. three days warning about 18 March 2013 attacks (2 year anniversary of revolution).”

According to The Intercept, various news reports from the time confirmed significant attacks and damage from FSA-fired rockets upon civilian areas. Not only is Damascus International Airport Syria’s main civilian transport hub – which was used by millions each year before the war – but it remained in daily operation for commercial flights in March 2013, when Saudi intelligence ordered the attacks with knowledge of US intelligence.

As The Intercept reports:

However, The Intercept’s commentary is inaccurate in claiming that the Syrian Observatory (SOHR) did not report casualties from the attack as one of the Arabic news sources it links to above (Middle East based Alwatan News), reports:

“The Free Syrian Army targeted Kafr Sousa [an area of Damascus near Mezzeh] and they fired 24 missiles on Damascus airport… 60 people died in yesterday’s attacks, according to the Syrian Observatory.” [as translated by Zero Hedge]

And intense attacks continued through April and into the summer of 2013 according to international media reports from the time, also confirmed by a photo circulated through the AFP showing civilian passengers waiting in airport lounges the month following the initial March 2013 rocket attacks.

While the Saudi-US role in fueling the jihadist insurgency from the earliest days of the war in Syria has long been thoroughly documented, this latest leaked NSA bombshell report provides astoundingly clear proof that the relationship between the anti-Assad insurgents and foreign intelligence was even more direct, and existed earlier in time than most analyst and mainstream pundits led the public to believe.

Below is the leaked National Security Agency document published by The Intercept earlier today: