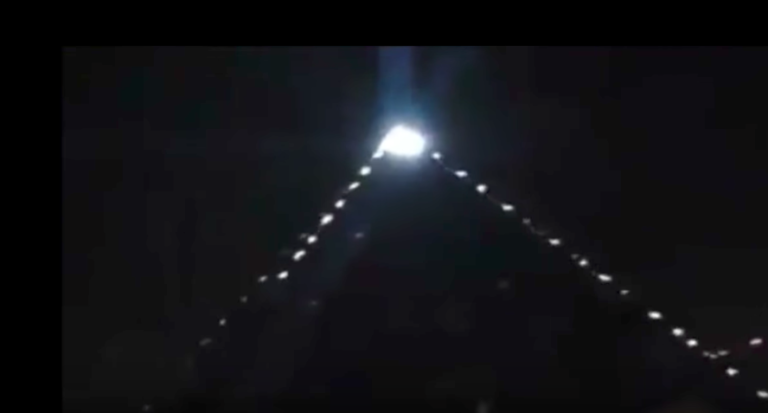 But that’s not the worst of it!

“Only now does the official narrative make sense.
The FEDs had no choice, as they saw it.  Either
Stephen Paddock was a card-carrying FBI agent
or he was a government contractor who had to be
sacrificed… along with a lot of innocent concert-
goers. “

Truly, the official story of what happened in Las Vegas is unraveling quicker than a cat playing with 3 balls of yarn*.

First understand that patsy Stephen Paddock has been employed as an IRS agent, a defense auditor and a U.S. Postal mail carrier.  Obviously he was drawn to government service.

Stephen Paddock had been an IRS agent and defense auditor

The mainstream media explanation for exactly how Paddock has preoccupied himself over the past many years as a gambler who traveled the high seas is a perfect alibi for what he really was—a serious agent of Deep State.   We already know that Deep State will eliminate its various agents or take them out of commission by giving them new identities whenever necessary.

The key point here is that Paddock was chosen to be the patsy for very good reason which will eventually reveal itself.

Special Note:
The primary signature of a false flag operation, whether the staged attack is a transparent hoax or not, is the immediate identification of a patsy also known as a lone gunman (or lone wolf).  Even a 7-year-old knows that it’s impossible for law enforcement to make such a quick determination as to who the actual perpetrator is.  To then declare that an individual acted completely alone when the crime scene hasn’t even been fully investigated is, at once, totally ridiculous, implausible and disingenuous.  Yes, they really do think we are that stupid.  But there’s also a crucial necessity for this “lone gunman” MO.  Fixing the blame squarely on only one culprit closes off the possibility that there was a greater conspiracy at work.  Because the true perps will do whatever is necessary not to be found out, they ALWAYS pick a patsy and run with him or her no matter how farfetched and flimsy the official narrative.  In this fashion they are self-empowered to mock and marginalize all the conspiracy theorists.  These conspiracy realists intuitively know that only a very deep and wide criminal conspiracy could have executed such a complex operation as Las Vegas.  More importantly, these truth seekers understand that the coverup conspiracy of silence ends up being bigger than the crime itself.  All of Deep State gets behind the government’s story, and God help the one who leaves the reservation of political correctness.

Official narrative full of holes (Btw, where are all the bullet holes?)

The narrative that was created to set Paddock up as the worst mass murderer in U.S. history is so full of holes that there must be a very good explanation.  And so there is.

The FBI apparently had another Fast & Furious fiasco to deal with and they needed to put it to bed quickly.  What the exact details of that scheme were will likely never be known.  However, the following explanation probably comes very close to what may have happened to Paddock as far as the FBI was aware of.

Everything about this case has screamed of Paddock’s innocence.  There’s not a single shred of evidence that he would ever commit such a heinous crime.  His brother’s incredulity and robust defense of him was particularly compelling.

What Paddock did have were LOTs of guns in his hotel room at the Mandalay Resort.  How did he relocate such an arsenal into his hotel room?  Clearly, such a purposeful ‘gun-running operation’ could only be conducted with the foreknowledge of both the hotel management and the FBI.  Insiders know that gambling casinos are often used in this manner.

Applying some common sense and a little intuition while analyzing this crazy saga shows that this is simply a bad deal gone awry. . And that Stephen Paddock found himself right in the middle of it just as Lee Harvey Oswald did in Dallas in November of 1963.

Paddock’s brother expresses what many people now know: that Stephen Paddock had absolutely nothing to do with this terrorist event.  As for who was really responsible, it appears that this was another one of those false flags within a false flag.  As most people know by now, the Central Intelligence Agency implements black operations on a strictly need-to-know basis and in a highly compartmentalized fashion.  This structure enables then to run simultaneously various false flags which appear to operate at cross purposes.  In this way the decision-makers at the very top are completely buffered by the multiple levels of intrigue, as well as the layers of machinations within them.  By purposeful design, running a false flag within a false flag, together with a hoax, becomes nearly impossible to make sense of.  At the end of the day, however, TPTB do want everyone to know that the official narrative is so incredible that it could not have happened.  But why would they do that? (See the upcoming Part II of this series)

KEY POINT: Whenever the power elite is really desperate, they simply ring up The Company at Langley (aka C.I.A. headquarters).  The spooks can pull off the shelf — pre-manufactured — a false flag operation that is literally ready to execute. This particular on-demand type of product/service is often not perfectly engineered for the intended context; hence, it has a lot of kinks and imperfections.  Remember the senseless and inscrutable San Bernardino killings that occurred right in the midst of Putin’s Russia exposing the Obama Administration for creating, funding and arming ISIS.  That black op was also pulled off the shelf in a moment of great need for the NWO cabal to change the global conversation. San Bernardino Solved: A False Flag Within a False Flag — Patriots Versus Globalists

Even Israel has signaled that they had a hand in this psyop.  Of course, the psyop aspect is so prominent that the U.S. Intelligence Community is also deeply involved. Not only were the FBI, CIA gun-runners and ISIS arms traffickers involved in this crazy affair, so too was the Las Vegas MPD and Clark County Sheriff’s Department.

Then there are those agents of Deep State whose job it is to make sure that the selected social media are utilized to pass the word — LAS VEGAS — around to those who need to know well in advance.  Surreptitiously using the social networks to efficiently disseminate secret messages has been standard operating procedure for many years.  YouTuber Perfectly PREDICTS Las Vegas 2 Weeks BEFORE the Incident!

What’s the back story?

The critical point here is that Paddock had no idea that he was being used as the main character in the largest mass casualty event in American history after the terror attacks of 9/11.

Now just why did TPTB really stage this mass shooting?  Las Vegas Massacre: Here’s Who and Why They Did It

But why, pray tell, did they do it in Las Vegas right in front of the Luxor Resort pyramidand its all-seeing eye?  Illuminati Esoterica Associated With The Las Vegas Mass Shooting

Let’s not forget that this “human sacrifice” took place at the Harvest Country Music Festival during the Hebrew Fall Feasts, and on the day after Yom Kippur.  “Also known as Day of Atonement, Yom Kippur is the holiest day of the year for the Jews.”[1]

Unlike the other days of the year, the High Priest alone had to perform the daily offerings and sacrifices, in addition to the special sacrifices for the Day of Atonement.

As for the criminal masterminds who were behind this obvious false flag terror operation, they are the same cabal who did 9/11.

LAS VEGAS BLACK OP PERPETRATED BY ALL THE USUAL SUSPECTS

The Las Vegas slaughter was staged-managed for very specific reasons relating to the preceding link.  Whenever the headlines read as follows there are always precise aims behind them:  “Deadliest Mass Shooting In US History”: At Least 59 Killed, 530 Injured After Shooter Opens Fire At Las Vegas Concert

First, that 59 people died … and that 530 plus were injured, some gravely wounded.

What this allows for is that many ‘victims’, even though they didn’t die, could then be transported to a fastidiously controlled location such as a pre-selected hospital and killed, or sacrificed.  This happened during the shocking Paris terror attacks in 2015 just prior to the signing of the Paris Climate Agreement.  They apparently needed a group sacrifice for that historic event as well.

The “Harvest” main event, the timing and the location all indicate a clandestine plot was afoot far from anything the Alt Media has yet to report on.  The numerology, astrology and quasi-religious overtones also reflect a profoundly occult intention.  Moreover, it is the end result of this “Hollywood production” which indicates that this event was quite deliberately carried out to further the destruction of the American Republic.

There were clearly Archonic forces of chaos at work in front of the Mandalay Bay on Sunday, October 1, 2017.  As always, the NWO cabal will attempt to impose their tyrannical order out of the manufactured chaos they fabricated.  Therefore, it has never been so essential to watch their every move, especially the doings of the U.S. Congress for the rest of this year.

By shedding the light of awareness on their misguided plans, the perpetrators can be exposed and their misguided schemes short-circuited.  And, the American people will then be one step closer to reclaiming their constitutional republic.