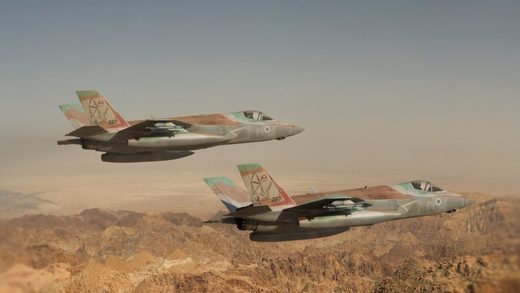 It looks that the Israeli “demonstration of power” during the recent visit of Russian Defense Minister Sergey Shoigu has turned into a total failure.

On October 16, Shoigu arrived Israel for meetings with Israeli Defense Minister Avigdor Lieberman and Israeli Prime Minister Benjamin Netanyahu. The sides were reportedly set to discuss the situation in the region, including Syria, the fight against terrorism as well as military and technical cooperation.

At the same day, the Israeli Defense Forces (IDF) claimed that its warplanes targeted an anti-aircraft battery of the Syrian Air Defense Forces that had launched a missile at Israeli aircraft flying over Lebanon.

In response, IDF aircraft targeted the anti-aircraft battery in Syria.

The IDF added that the Syrian missile didn’t hit any Israeli aircraft.

Earlier today,an anti-aircraft missile was launched from Syria towards IDF aircraft during a routine flight over Lebanon. No hits confirmed

“The army targeted the battery with four bombs and, according to the IDF, the battery was damaged to the extent it was no longer operational. The army said the battery targeted was the same that fired at Israeli jets last March, prompting Israel make use of its Arrow anti-missile system for the first time,” the Israeli newspaper Haaretz reportedon the issue.

The Syrian military confirmed the Israeli strikes and said that they caused “material damage.”

It’s interesting to note that, according to the Syrian Defense Ministry statement, Israeli warplanes violated Syria’s airspace on the border with Lebanon in Baalbek area. The incident took place at 8:51 am local time.

Could the Israeli Air Force intentionally provoke the reaction from the Syrian military in order to justify the strike on the Syrian air defense battery?

Furthermore, some pro-Israeli experts and media activists clearly linked the incident with the visit of the Russian defense minister to Tel Aviv saying that it was a nice demonstration of power to the Russian-Iranian-Syrian alliance.

However, something went wrong.

According to the available information, the Syrian Defense Forces used a S-200 missile against the Israeli warplane. This Soviet-made missile is the most advanced long range anti-aircraft system opearated by the Syrian military. Even in this case, it’s old-fashioned in terms of the modern warfare.

Despite this, the Syrian Defense Ministry said in its statement that government forces responded to the violation of the airspace and “directly hit one of the jets, forcing [Israeli aircraft] to retreat.” This statement contradicts to the Israeli claim that “no hit” was confirmed.

Few hours after the missile incident with Syria, the Israeli media reported that the Israeli Air Force’s F-35 stealth multirole fighter went unserviceable as a result of an alleged bird collision during a training flight.

The incident allegedly took place “two weeks ago” but was publicly reported only on October 16. However, Israeli sources were not able to show a photo of the F-35 warplane after the “bird collision”.

Furthermore, it is not clear if the F-35 can become operational again because its stealth coating was damaged. Thus, according to the Israeli version, the warplane reportedly became no longer operational after the bird collision despite the fact that the F-35 earlier passed the bird strike certification with great results (official info here). The F-35 is the world’s most expensive warplane. The price of developing the F-35 is now about $406.5 billion.

Israel is actively buying the world’s self-proclaimed most advanced fighter paying about $100 million for each plane.