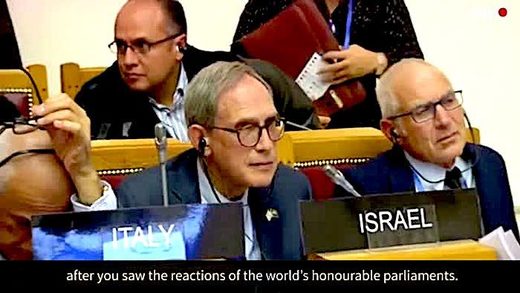 A Kuwaiti official yesterday told the Israeli delegation to leave the Inter-Parliamentary Union (IPU) conference which is being held in Russia.

He added that international parliaments have now been made aware of the Palestinians’ suffering in their quest for their “right to self-determination, to end the Israeli occupation and to establish an independent Palestinian state.”

The 137th session of the IPU is currently underway in St Petersburg, Russia. The international organisation sees representatives from 176 sovereign states come together for negotiations and talks.