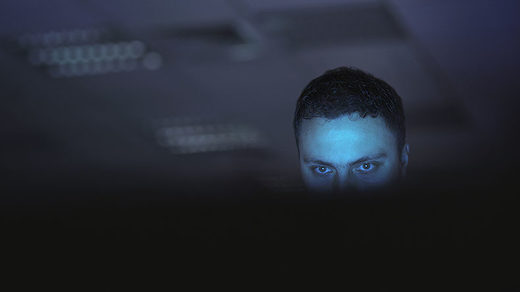 Purportedly with the aim of weeding out “fake news” and “foreign meddling” in elections.

If that plan, reported by Bloomberg, sounds sinister, that’s because it is. For what it means is that people who share the same worldview as US intelligence agencies, the agencies who formulate classified information, will have a direct bearing on what millions of consumers on Facebook are permitted to access.

It’s as close to outright US government censorship on the internet as one can dare to imagine, and this on a nominally independent global communication network. Your fun-loving place “where friends meet.”

As Bloomberg reports: “Workers with such [national security] clearances can access information classified by the US government. Facebook plans to use these people – and their ability to receive government information about potential threats – in the company’s attempt to search more proactively for questionable social media campaigns ahead of elections.”

A Facebook spokesman declined to comment, but the report sounds credible, especially given the context of anti-Russia hysteria.

Over the past year, since the election of Donald Trump as US president, the political discourse has been dominated by “Russia-gate” – the notion that somehow Kremlin-controlled hackers and news media meddled in the election. The media angst in the US is comparable to the Red Scare paranoia of the 1950s during the Cold War.

Facebook and other US internet companies have been hauled in front of Congressional committees to declare what they know about alleged “Russian influence campaigns.” Chief executives of Facebook, Google, and Twitter, are due to be questioned again next month by the same panels.

Mark Zuckerberg, the 33-year-old CEO of Facebook, initially rebuffed claims his company had unwittingly assisted Russian interference in the last US in November. But after months of non-stop allegations by politicians and prominent news media outlets vilifying Russia, Zuckerberg and the other social media giants are buckling.

One glaring weakness in this narrative is that the alleged “Russian ads” involved a spend of $100,000 on Facebook. Twitter identified $274,000 worth of “Russian-linked ads.” Some of the information being promoted appears to be entirely innocuous, such as pet-lovers sharing cute photos of puppies.

It is far from clear how these ads are connected to Russian state agencies allegedly attempting to subvert the US elections. Moscow has dismissed the allegations.

Much of it is assumed and taken on face value from claims made by American intelligence and their political and media associates. But what is clear – albeit overlooked in much US media coverage – is the sheer implausibility that the Russian government intended to warp the US presidential election with a few hundred thousand dollars.

Facebook alone earns billions of dollars from advertising. The alleged Russian ads represent a drop in the bucket. The expenditure and presumed impact on public opinion is also negligible compared to the billions of dollars American corporations donated to the election campaigns of both Hillary Clinton and Donald Trump.

Alphabet (Google’s parent company) and Facebook are among the top 50 biggest US corporate donors in lobbying the Federal government and Congress. Last year, the top 50 corporations reportedly spent over $700 million, of which Alphabet and Facebook contributed $15 million and $8.7 million, respectively. This expenditure is explicitly intended to influence policy and legislation. So, what’s that about Russia allegedly swaying the presidential election with a fraction of the financial muscle?

Despite the irrational focus on Russian meddling, internet companies like Facebook have become willing participants in the official efforts to clamp down on this illusory “enemy of democracy.”

What’s more is the complete oversight on how the US media environment is increasingly dominated and controlled by vested powerful corporate interests.

While the mainstream media and politicians fret over alleged Russian influence on American citizens, there is an absurd absence in the public debate about the disproportionate power of just six US media conglomerates dominating all major American news services.

The influence these US-owned media giants exert cuts across all cultural sectors, from the news received, to books, film and other entertainment. In effect, these companies are molding citizens into the consumers that they want to maximize their profits.

Facebook’s reported plans to employ US government-validated people who can use their intelligence contacts and prejudices to control what millions of ordinary people will read, watch or listen to is another manifestation of the larger drift into a corporate matrix.

Under the preposterous guise of “protecting” from “fake news” and “foreign meddling in elections,” Facebook is turning into a government censor.

This disturbing trend has accelerated over the last year. Far from Russia or some other foreign impostor tampering with freedom of information and free speech – supposed bedrocks of democracy – it is increasingly American companies that are the very real and formidable constraint.

Bridge concurs with the experience of many other ordinary people around the world who also have noticed how US internet companies have substantially curbed the search freedom previously enjoyed on the internet.

“It’s really incredible how Google and YouTube have earnestly started manipulating their algorithms and censoring news, “says Bridge. “I was researching a story recently, and it was so difficult to pull up any relevant information that was not critical of Putin or Russia.”

A similar finding was reported by the World Socialist Web Site (WSWS), which carried out a study on how search traffic to that site and other left-wing, anti-war online journals has plummeted by over 50 percent since Google announced new search engines to curtail “fake news” back in April.

Facebook and the other big US internet companies are instead directing users to what they call “authoritative” news organizations, which by and large are corporate-controlled entities aligned with government interests. Ironically, these news outlets have peddled some of the biggest fake news stories, such as the non-existent weapons of mass destruction in Iraq which launched a decade-long US war killing over a million Iraqis.

“Russia-gate” is another fabricated narrative which is being used to crush critical alternative sources.

The infernal paradox is that genuinely alternative, critical news sources are now at risk of being censored by internet companies working in league with nefarious US government intelligence.