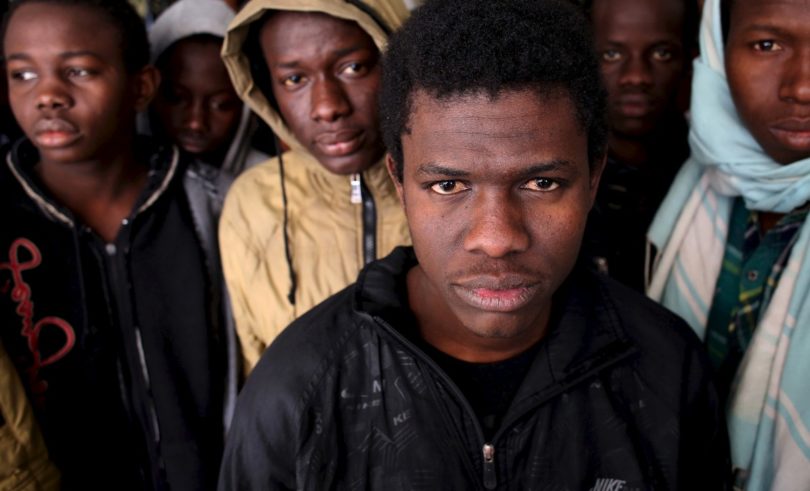 The Schengen agreement is based on a “utopian principle” of Europe without internal borders and should be revisited, says Jacques Myard, the mayor of a Parisian suburb. He cites the migrant crisis and the increased threat of terrorism as reasons why it should be reconsidered.

“It is very true that today not only the Schengen but many [other] aspects of the European construction are not functioning properly,” Myard, the Mayor of Maisons-Laffitte, a suburb north west of Paris and Republican party politician told RT.

“Schengen is an opportunity to improve control of our frontiers. Unfortunately, we should restore the internal control at our borders to prevent people to smuggle in. This is why I do believe that the Schengen agreement should be revisited on a more realistic basis than this utopian principle of having a free zone without any control at the internal borders.”

“Even France because of the terrorist attacks has restored very quick control at our borders, especially in the airports and also at land borders,” he noted, adding that the “Schengen dream” of a Europe without borders is becoming a “thing of the past.”

Despite the work of agencies such as Interpol, which links police forces in 190 countries, and Europol, which combines EU police, terrorists are moving freely across the bloc, Farage said.

‘Without Schengen we would be less protected from terror’ – Swiss minister https://t.co/FtH3QAlWtA pic.twitter.com/Z56HknluFn

Terrorist atrocities over the last two years across Europe seem to prove that.

One of the Brussels suicide bombers, Ibrahi Bakraoui, traveled widely throughout Europe before detonating an explosive vest at Brussels Airport in Zaventem on March 22, 2016. The spate of bombings that day killed 32 civilians and injured more than 300 people.

Bakraoui was a Belgian national of Moroccan descent. He was flagged and briefly detained in Turkey in June 2015 after Turkish security forces suspected him to be a potential foreign fighter who wanted to travel to Syria. Prior to Bakraoui’s release, Turkey contacted the Belgian authorities to warn Brussels of Bakraoui’s potential terrorist links.

The terrorist was then deported to the Netherlands, since Belgium did not request an extradition from Ankara. After failing to establish Bakraoui’s links to terrorist groups, the man was released and traveled freely through the EU’s borders before blowing himself up in March of 2016.

The perpetrators of the Brussel’s bombing attacks were directly linked to the well-coordinated 2015 Paris terrorist attacks, which killed 130 people and injured over 360 more. The main suspect in the attacks, Salah Abdeslam, drove cell members to target locations. Despite being questioned by police for possible terrorist links prior to the atrocities, Abdeslam was able to travel to six countries just nine months prior to the attacks to ferry individuals who would take part in the subsequent atrocities.

Weak border control systems has also helped Anis Amri to stage the December 2016 Christmas market attack in Berlin which killed 12 people.German authorities classified the failed Tunisian asylum seeker as a potential threat to the public in February 2016. However, their failure to gather evidence against Amri resulted in him traveling freely. Amri, who rammed an industrial lorry into a festive market crowd, managed to escape Germany into France and then Italy, where he was eventually killed in a shootout with Italian police in Milan on December 23.

At least one of Catalonia terror cell members also found no difficulty crossing borders. Imam Abdelbaki Es Satty is alleged to have radicalized the group of men who carried out the attacks on 17-18 August, which killed 16 people and injured at least 130 others. He was sacked from a Belgian mosque for his radical beliefs in 2016, but continued to travel regularly to Belgium from Ripoll, Spain.

To tackle the problem, the President of the European Parliament, Antonio Tajani, recently suggested establishing a domestic intelligence service similar to America’s FBI to fight terrorism. The idea is for member states to boost cooperation.

Former British intelligence officer Annie Machon, told RT that a new “FBI for the EU” won’t solve the migrant problem, calling it nothing but “another EU vanity project.”

“It sounds like another step toward federalized Europe,” Machon said last week. “To create a European-wide FBI would have immense problems. To get the intelligence agencies of the 28 countries in the EU, to cooperate, to share fully, to work together would be incredibly difficult not because of history and not least because of trust issues in terms of which organization is going to keep your secrets, which might leak them… But also in terms of the legal infrastructures in each country.

We have a mishmash across Europe: the Napoleonic legal Code or common law or other various types of legal infrastructure. So, to try and get one organization that has police powers widely across Europe – I think it would be incredibly difficult to make realistic,” the former MI5 intelligence officer said.