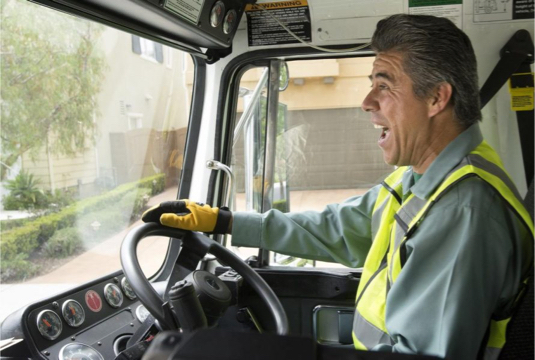 Brian, age 45: “I was honored that you took the time to read my email. Even more so when you asked me to expand on my ideas. I am not a scholar; I do not even work in an office. I’m just a Public Worker, that basically picks up trash and drives a truck. I tried to write something that expresses how I cope with the evil in the world like you suggested. So I did try to do that.  It is rough because I worked on it during breaks and it was on my I Phone.

Expanding on my email, here is how I cope with our current state of perceived darkness and despair. The main stream media, which is our gateway to thinking, for the masses, has become nothing more than NWO propaganda.
Hearings from the 70s, I watched on YouTube, confirmed that the news is shaped and even delivered by CIA actors. It is not even a hidden secret! Today’s barrage of news shows and articles are meant to erode the traditional family and American values on a daily basis while normalizing everything that is contrary to what most perceive to be normal.
Attacks on Christian values by degenerate comedians and news anchors are just pathetic and do not deserve our attention. Ignore them, they will go away. Do not give them your attention because they deserve none. I make it a rule to only listen to people who are smarter than myself. Those people who preach their nonsensical scripted news commentary are merely horrible actors.
I have heard that Satan’s greatest deception is to make us believe he does not exist, and I fear that most people are oblivious to the spiritual warfare that attacks us and our way of life.
FEDERAL RESERVE
News agencies and Hollywood are deceptions that work to hide true reality. I believe that through them it is the one-world government that manipulates the masses of people who have no clue as to who pulls the strings in our world. I have read Christ’s words in the Bible and of the great things he did. The one that stood out to me the most was his aversion to the money changers in the Temples. He set off a firestorm, all because he was threatening the bankers. Today, we face the exact same thing. Who and what the bankers are is hidden from us although really it’s in plain sight for all those to see. You just have to look, not hard.
It’s all about the Federal Reserve. We can debate with each other, or on news programs, politics day after day. There’s abortion, race, immigration, gun control. You can keep going all day with the nonsense the puppet masters (Central Banks) keep us arguing over. While they rob our countries blind and steal our resources. That’s all around the world, not just America.
My friend asked me what will we do about the rising debt. I say, look at us, when did we spend trillions of dollars or benefit in any way from this mythical American debt. The responsible culprits are the politicians who sold us out a long time ago. Call me ignorant, but I read, in an obsolete document (the Constitution) that congress has the ability to print and coin money. So, let’s do it. Start up the presses and print out 20 one trillion dollar bills, and pay back our debt in the same way it was created. Right out of thin air! It’s that simple.
Until we wake up, Americans and others starve while politicians are worth millions and more after they retire. They sold us out. All of us, and they did so to every race in existence. So wake up people, we are all equal no matter the race. Equally scammed and robbed by your Representatives that you support every election. I laugh when people say Democrats or Republicans are who I vote for. Well, when the fog lifts, take a long look. These are all the exact same people. They deceived us all. They pay with their souls and they are trying to take ours along with them. Do not fall for it any longer.
How can we, and I mean, all of us, defeat this evil network of “money changers”? I do have my own answer that serves me well. I’m not a church going religious fanatic. I work for a small town Public Works Dept., and I am 45 years old. The one thing that keeps me optimistic is reading, and listening to the few people in this world that are wise to the deceptions that we face.
Some would laugh when I say we face not mere men, but dark spiritual forces set on destroying our nations from the inside out. They control our leaders and rely on greed to buy and sell out each and every one of us without compassion. I say, shut off the news programs, and Hollywood garbage we are bombarded with. Protect your children by teaching them values that have kept us together for thousands of years, not the perverted nonsense that is starting to be normalized by schools and governments today.
In the end, make the choice to educate yourselves about what is really going on. You will find the truth if you look for it. I did, and I know that God will protect his followers who were good and unselfish, the people that shared their knowledge with others to open their eyes and let them see that light is always going to defeat darkness. I believe it, without question.