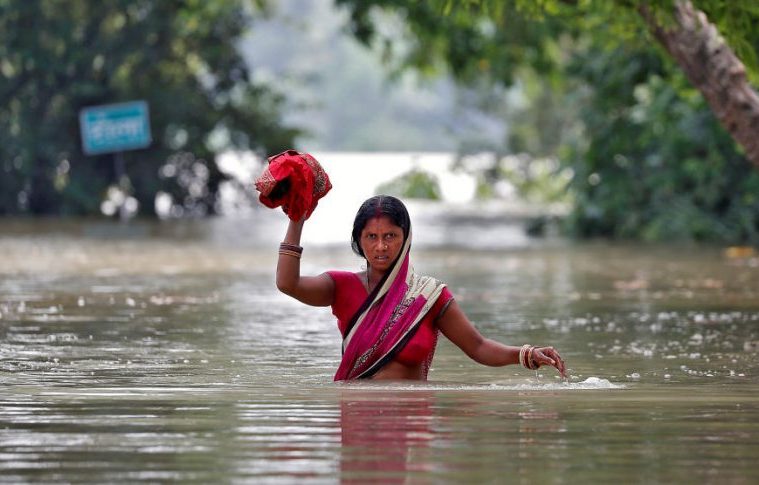 The hurricanes hitting the U.S. have been absolutely devastating. Parts of Houston went practically underwater and Florida is expected to take some major hits from the approaching Hurricane Irma. I encourage everyone to send love to these areas of the world that are suffering from flooding and other natural disasters.

However, it’s important that we address what’s going on everywhere in the world, not just in North America. Over the past few weeks, India, Nepal, Pakistan, and Bangladesh have endured a record amount of severe monsoon rainfalls, resulting in approximately 1,200 deaths. Thousands of families have completely lost their homes which are now underwater, displacing millions of people.

Keep in mind that many of these cities already struggle with access to food, clean water, and medicine, so this flood impacts already vulnerable communities in devastating ways.

“Many flood survivors have lost everything: their homes, their possessions, their crops,” Christa Rader, WFP’s Bangladesh Country Director, explained in a statement. “People need food right now, and the full impact on longer-term food security threatens to be devastating.”

Check out the following photos depicting how severe these rains were in South Asia:

This photo was taken of a Nepali man at Topa Village in Saptari District:

This photo was taken in the Koshi River outside a village in Nepal:

A flooded area in Parsa District:

People lining up to collect drinking water from a flooded residential colony in Ahmedabad, India:

Taken in Demra, this photo shows children walking through a mixture of rainwater and toxic waste:

This woman is walking through a flooded area in Bihar, India:

This disheartening photo comes from Pobitora Wildlife Sanctuary in Assam:

This man is swimming through flooded water in Saptari District:

Photo taken after a flood that drastically affected the Kaziranga Wildlife Reserve:

A flooded home in Assam, India:

A flooded street in the Northeastern Indian State of Tripura:

A man running through a flooded street in Birgunj, Nepal:

A severely flooded street in Mumbai:

A flooded village in Assam:

A flooded shop in Dhaka:

These photos were compiled by The Mind Unleashed.