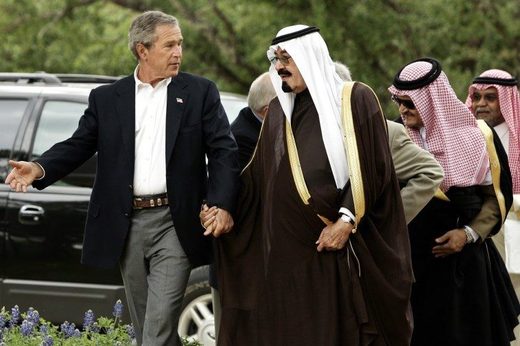 State owned Saudi propaganda television channel Al Arabiya is set to release a “documentary” produced in the United States which seeks to implicate Iran in the 9/11 attacks whose 16 year anniversary will be commemorated this month.

The preposterously untrue Saudi claims come as new information in a 9/11 related lawsuit accuses Saudi officials of financing a “dry run” of 9/11 prior to the commencement of the atrocity.

While Saudi Arabia has long been implicated as a major architect of the attacks, Riyadh’s state owned media is instead trying to shift blame to Iran which no credible source has ever accused of having anything to do with 9/11.

While Iran and the United States no longer have formal diplomatic relations, the Islamic Republic of Iran was among the first countries to unequivocally condemn 9/11.

This is poignant as Iran had notoriously poor relations with the Taliban regime which formally ruled the Islamic Emirate of Afghanistan between 1996 and 2001.

Nevertheless, Iran stood against violence, war and terrorism even when directed at two countries that were anything but allies of Iran.

After 9/11, it was not just the Iranian leadership but ordinary citizens who held candlelight vigils to mourn the loss of innocent life in the United States.

Even the BBC called 9/11 an “opportunity” to reconcile Iran with the US as Iran was a longtime enemy of Salafist/Wahhabist terrorism,dating to a time when the US funded the Salafist Mujaheddin in Afghanistan during the 1980s.

Rallies in support of the victims of 9/11 were also held in Syria and Palestine, although no such events happened in Saudi Arabia.

The Saudi regimes attempt at totally false historical revisionism will likely fool only the very ill-informed.

The record shows that Saudi Arabia had a very active hand in the 9/11 atrocity while Iran not only had none, but went out of its way to express sympathy.