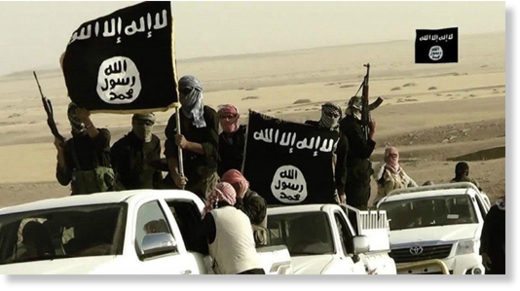 On Thursday, a military and diplomatic source told Sputnik that USAF helicopters had evacuated 22 Daesh field commanders and militants from areas outside the city of Deir ez-Zor in late August, amid a successful operation by Syrian government forces to free the area from terrorist control. The militants were reportedly taken to northern Syria. The US-led coalition’s press office told Sputnik that the allegations were “false.”

Asked to comment, Karen Kwiatkowski, a retired US Air Force Lieutenant Colonel turned anti-neoconservative activist, told Sputnik that these evacuees were likely people that the US military and intelligence establishment wanted to protect, “particularly people with evidence that could be used against the US [during] negotiations.”

“It makes a lot of sense that we would either want to kill those people or extract them before the Syrians could interrogate them,”Kwiatkowski said.

“That’s inconsistent with the top level message from President Trump for sure,” the retired officer added. “This set of relationships that the CIA, parts of the military and the State Department have with Daesh goes [back to before] Trump’s administration. It seems like they’re not following his orders here, but I’m sure there’s a larger agenda at stake.”

Kwiatkowski recalled that while Trump himself has been “consistent about eliminating these terrorists, the CIA runs its own operations, and they don’t consult with anybody; that would be consistent” from their standpoint.

The activist explained that CIA black programs don’t require day-to-day approval from the president. If that’s what this evacuation was, “this is standard operating procedure, and they don’t really care what the president says in a speech designed for the consumption of the American people.”

Kwiatkowski suggested that news of the Deir ez-Zor extraction stood in clear contrast to Washington’s public campaign against Daesh, including its operations against the Daesh convoy that’s currently stranded on the Syrian-Iraqi border.

“Certainly, we are rescuing our allies. But to some extent, we are preserving people who have worked with us, people that are dealing with the financial aspects of our aid to Daesh, because that’s what’s going to be looked at in the autopsy of this operation. People are going to be saying: where did the money flow? Who knew about it? What was the American role? Americans will be asking that question too, not just the world.”

Ultimately, asked what impact this news would have on public support for the president, Kwiatkowski said that for those who have an understanding of the neoconservative trajectory which has dominated US policy for many years, “we don’t expect as much of Trump. [But] for Trump voters, there is a problem. [They] bought into his less interventionist type of policy. He ran on that, he was elected on that. He gave some early speeches relating to this concept. That was pleasing to his supporters; it angered the neoconservatives.”

Today, the observer said, it’s clear that either the neocons are wearing Trump down, “or have somehow otherwise convinced him to allow them to do what they want to do.”

The report on the alleged US operation to rescue Daesh in Deir ez-Zor commanders has led Russian experts to call on President Trump to comment directly on the claims, and to ignore any CIA or Pentagon commentary. Speaking to Sputnik, Russian defense analyst Igor Korotchenko said that Trump “must comment on this and declare clearly: either the evacuation of the Daesh field commanders was authorized by him personally and he assumes all political responsibility for this step, or the [US] special services acted without his approval.”