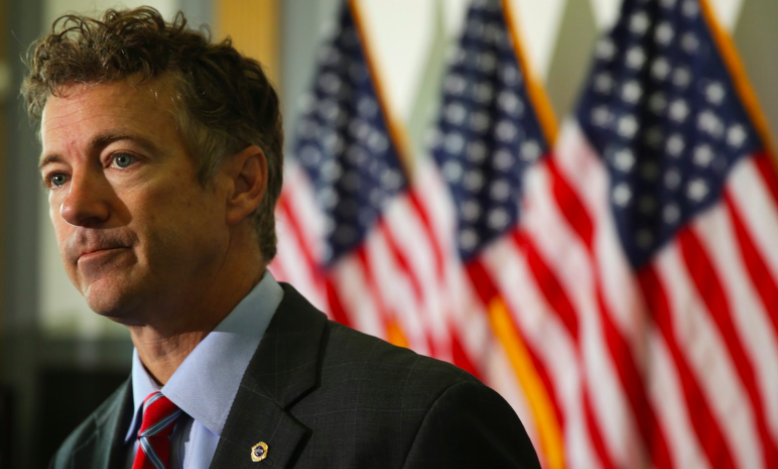 The U.S. Senate will hold a vote on an amendment to the 2018 National Defense Authorization Act (NDAA) tomorrow. Senator Rand Paul (R-KY) presented an amendment seeking to sunset the 2001 and 2002 Authorizations for Use of Military Force (AUMF). This will be the first time the Senate has held a vote regarding the AUMF since 2002.

The amendment would also require Congress to hold a vote to approve any future authorization of military force. According to Sen. Paul, most senators do not want to take any responsibility for America’s ongoing wars, and would rather refuse to vote on authorizing any future wars.

If passed, it would be six months before the amendment would go into effect.

However, Sen. Paul’s amendment has received little attention and support from other Senators on capitol hill. Wikileaks founder, Julian Assange, pointed out that some Senators who oppose Sen. Paul’s amendment, receive tens of thousands of dollars in donations from defense contractors. For example, Senator Jack Reed (D-RI) has received $50,200 from General Dynamics, and $32,750 from Raytheon Co..

On Tuesday afternoon, Sen. Paul’s bill gained the support of Sen. Tim Kaine (D-VA), an unlikely ally, who stated that he thought it was, “…way past time, way past time, for Congress to take this up and for everybody to be on the record.”

Other Senators have announced that they plan to vote in favor of Sen. Paul’s amendment, including Sen. Tammy Duckworth (D-ILL) and Sen. Mike Lee (R-UT). The amendment has seen a relatively small amount of support from the Democratic party.

Limited debate on Sen. Paul’s amendment was allowed to take place Tuesday evening. However, while there is no formal time set for when the vote will take place, it is expected that it will occur late Wednesday morning.