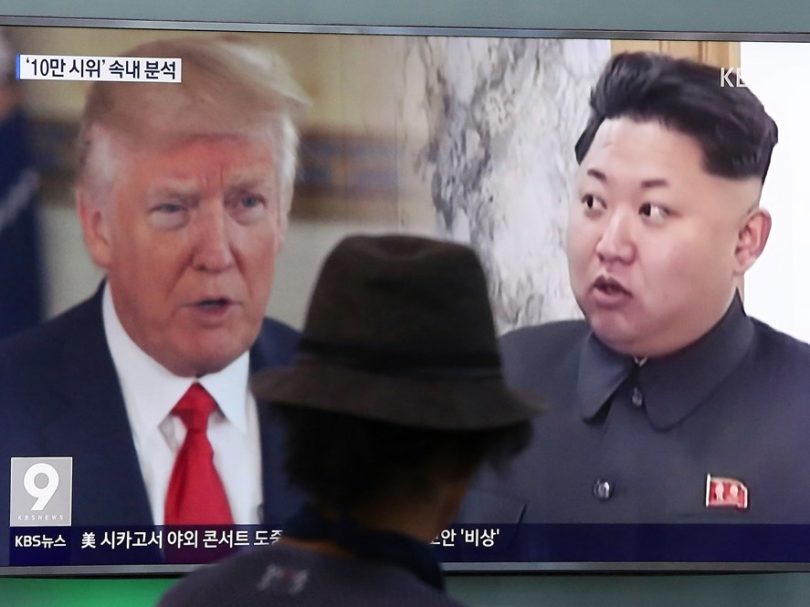 North Korea apparently is so confused by President Donald Trump that it’s asking US experts for help understanding him.

According to a Washington Post report on Tuesday, government officials have been soliciting, via various back channels, US experts with ties to the Republican Party for informal talks.

“They can’t figure him out.”

North Korea’s questions include why Trump’s closest advisers, such as Defence Secretary James Mattis and Secretary of State Rex Tillerson, directly contradicting the president so often.

(For example, while Trump has repeatedly threatened war and ruled out negotiations with North Korea, Mattis has pledged to push for diplomatic talks with the country.)

The Post said North Korea had contacted people including Bruce Klingner, a former CIA analyst who now works at the conservative Heritage Foundation think tank, and Douglas H. Paal, who served on the National Security Council under the Republican presidents Ronald Reagan and George H.W. Bush.

“They’re on a new binge of reaching out to American scholars and ex-officials,” said Klingner, who The Post said turned down the invitation and said North Korea should reach out directly to the US government instead.

Evans Revere, a former State Department official who has taken part in bilateral talks with North Korea, said: “My own guess is that they are somewhat puzzled as to the direction in which the US is going, so they’re trying to open up channels to take the pulse in Washington. They haven’t seen the US act like this before.”

Pyongyang’s designated official in charge of interpreting US politics, statements, and defence policy also can’t seem to figure Trump out, according to Evan Osnos, a New Yorker journalist who visited North Korea this summer.

Trump “might be irrational – or too smart,” the North Korean Pak Song Il told Osnos. “We don’t know.”

The two countries have threatened nuclear war against each other this past week, with Trump tweeting that Kim Jong Un and his foreign minister, Ri Yong Ho, “won’t be around much longer.”

Ri then asserted that Trump had effectively “declared a war” through that tweet.