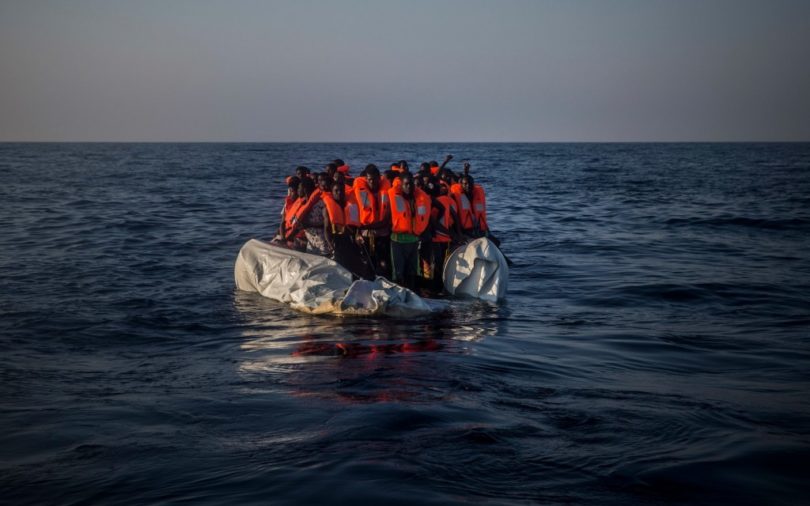 After more than 2,000 migrants drowned trying to get into Europe across the Mediterranean in the first eight months of 2017, the rising death toll has suddenly stalled.

Although a spokesman for the United Nations Migration Agency says he is “not sure” why, we suspect that he knows. He’s just not willing to publicly acknowledge what should be obvious.

No migrant has drowned in the Mediterranean for the last twenty days for one simple reason. The three major so-called “migrant rescue services” — Save the Children, Germany’s Sea Eye and Medecins sans Frontieres — have all suspended their operations in the region’s waters. Where they had, in effect, been running a ferry service; picking up migrants adrift off the Libyan coast before delivering them, not to Libya but to migrant camps in Europe.

However three weeks ago the Libyan Coast Guard threatened to open fire on the migrant rescue services operating in Libyan waters.

That put a stop to the migrant “rescues” and instantly put an end to the thousands of migrant deaths by drowning.

Meaning, that the various migrant rescue services had not only helped facilitate the migrant crisis in Europe, they had also been complicit in the deaths of thousands of migrants by drowning.

Moreover, these so-called charities weren’t just complicit in helping to create the migrant crisis, with the promise of rescue from drowning, they did so in collusion with human traffickers.

According to Carmelo Zuccaro, the chief prosecutor of the Sicilian port city of Catania, the authorities had evidence of phone calls between human traffickers and aid groups.

The spokesman for the United Nations Migration Agency is little better than the “migrant rescue” services in his duplicity, when he claims that the Agency is “not sure” what is behind the sudden fall in migrant deaths.

He knows. He’s just covering for the human traffickers and criminal networks that created this problem.

Meanwhile credit is due to the Libyan Coast Guard for resolving the situation by threatening to shoot these “charities” out of the water. It’s the very least they deserve. Ed.

No migrant deaths in Mediterranean in last 20 days

There have been no deaths of migrants in the Mediterranean Sea in last 20 days, the UN Migration Agency said on Tuesday.

“Since Aug. 9, IOM, the UN Migration Agency, has not received any reports of migrant deaths in the Mediterranean. The total count for Mediterranean Sea fatalities has remained at 2,410 for 20 days,” IOM spokesman Leonard Doyle said in a news conference in Geneva on Tuesday.

“Something is happening. We are not sure what is behind it all,” Doyle said, regarding the cause for the absence of casualties in the past 20 days.

Doyle said the refugee flows from Libya to Europe had diminished in August.

Noting that 134 refugees were rescued at sea off Tripoli on Monday, Doyle said 13,282 refugees had been rescued in Libyan waters so far in 2017.