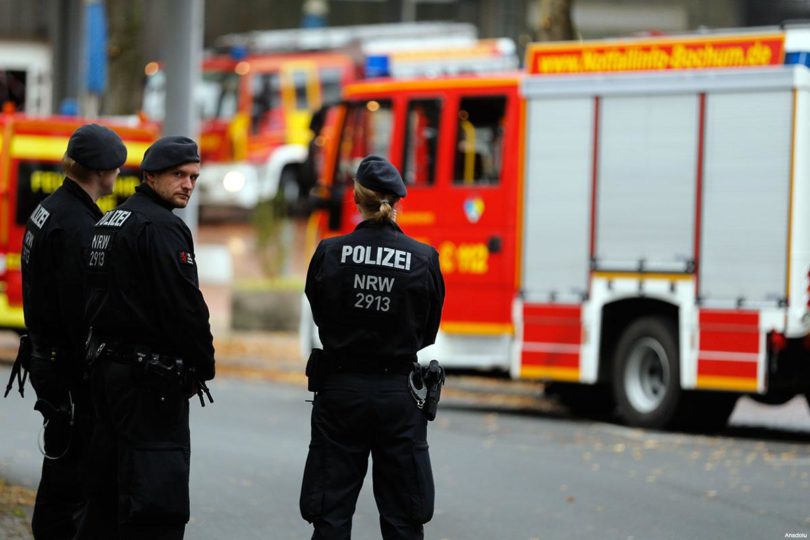 The EU is burying its head in the sand while dealing with the refugee influx that can hide terrorists, a former intelligence officer told RT. The assertion comes as the German Interior Ministry has confirmed it knew about the thousands of blank passports stolen in Syria.

Hunter recalled the “sheer number” of terrorist incidents which Europe witnessed over the last three years that were linked to IS (Islamic State, also known as ISIS/ISIL).

“[This] shows us that even with a small number of terrorists potentially on the radar the [European] governments have no ability to cope [with them] and are incapable of doing so,” he concluded.

Any European country is going to deal “with a large number of potential terrorists moving into EU countries,” Hunter said, referring to “slack border controls” in EU countries.

“They don’t understand the sheer magnitude of this problem. They are burying their heads in the sand. A lot needs to be done. And if it isn’t done, we will see significant terrorist incidents,” Hunter stated.

Contacted by RT, the German Interior Ministry confirmed it had known about stolen Syrian ‘blank passports.’

“It has long been known that so-called “blank passports” were stolen from the Syrian regime. These “stolen” Syrian blank passport documents are listed in the INTERPOL database as “Lost documents”, so that the passports can be matched with passports presented on arrival,” the statement said.

In 2016 Interpol released a statement, saying that its Stolen and Lost Travel Documents (SLTD) database holds “details of some 250,000 stolen and lost Syrian and Iraqi passports, of which more than 190,000 were reported stolen as blank.”

Europe has recently witnessed the biggest refugee crisis since World War II, which reached its peak in 2015.

Over 160,000 people sought asylum in the EU in the first quarter of 2017, according to the recent report from Eurostat which provides statistical data to the EU bodies. Syria and Afghanistan are the origin countries of most of the refugees.

The bulk of asylum applications in 2017 was registered in Germany, Italy, France, Greece and the UK. “These 5 Member States together account for 80 per cent of all first time applicants in the EU-28,” the report said, adding that Germany issued by far “the most total first instance decisions during the first quarter of 2017.”

Europe has already fallen victim to a series of terrorist attacks carried out by refugees and claimed by Islamic State. Germany, which sticks to the ‘open door policy’, promoted by Angela Merkel, has suffered attacks of this nature. One of its deadliest attacks so far took place during Christmas celebrations in Berlin in December 2016. A Tunisian asylum seeker who had pledged his allegiance to Islamic State plowed a truck into a Christmas market, killing 12 people.

The main suspect in the deadly Stockholm truck rampage in Drottninggatan in April this year was also a rejected asylum-seeker and an Islamic State sympathizer. Four people were killed and over a dozen people were injured in the attack.