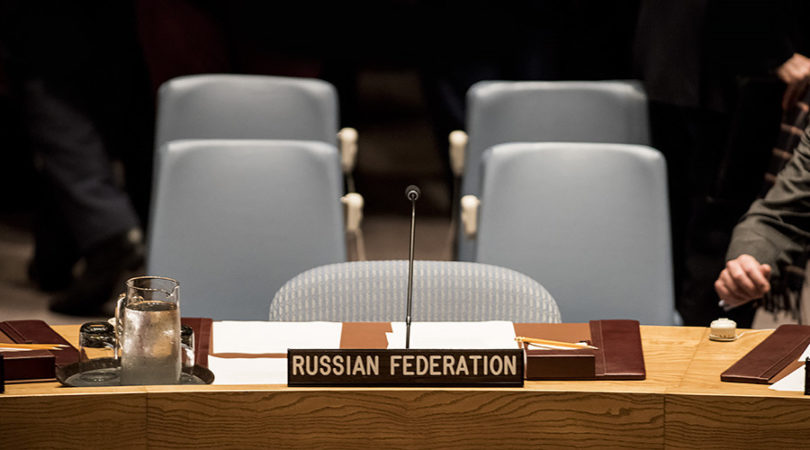 Western media attempts to portray the recent deaths of Russian diplomats as some sort of conspiracy are part of a pattern where everything involving Russia is deemed to be suspicious. It’s becoming very tiresome.

You might remember Richard Holbrooke? In the 1990’s, as US ambassador to Germany, he played a prominent role in the Yugoslav conflict and then went on to serve as Washington’s emissary to the United Nations. Later, he was appointed as President Obama’s special representative for Afghanistan and Pakistan; a very sensitive position then, as Osama bin Laden remained at large. Indeed, many considered him a likely secretary of state at one stage, but he backed the wrong horse in 2008 when getting behind Hillary Clinton, rather than the eventual winner.

Anyway, back in December of 2010, the veteran diplomat was taken ill while working at the state department’s headquarters. Sadly, two days later he died from complications of a torn aorta. At the time, it was revealed that his last words were “you’ve got to stop this war in Afghanistan.”

Now, that sentence could have fueled a million conspiracy theories. Because numerous vested interests want to maintain America’s never-ending war in the central Asian country, and plenty of money has been made from the conflict. Perhaps Holbrooke threatened the gravy train with his peacenik ways? Anyway, I don’t recall any mainstream Russian, or American, news outlets suggesting he was murdered. It was accepted that the famous apparatchik died of natural causes, because, despite looking healthy, he was in his late 60’s. And even famous and powerful people can die prematurely.

Regrettably, the American media doesn’t observe the same decorum when speculating about the demise of Russian diplomats. And coverage of this weeks’ unfortunate death of Russian Ambassador to Sudan Mirgayas Shirinsky is a particularly outrageous example.

Here’s what we know: Shirinsky, 62, and known to suffer from high blood pressure, passed away while swimming in the pool of his official residence, after showing symptoms of an acute heart attack. The embassy staff called an ambulance but doctors were not able to save him. Meanwhile, Sudanese police have ruled out the possibility of an assassination attempt. As CNN noted in its report, “there is no evidence to suggest anything suspicious about Shirinskiy’s death.”

Nevertheless, a few hours later, another CNN article was sensationalizing how “nine high-profile Russians, including several high-profile diplomats, have died over the nine months since the US presidential election on November 8.” It cited examples such as Vitaly Churkin (64), Alexander Kadakin (67), Andrey Malanin (54), Oleg Erovinkin (61), and Sergei Krivov (63). And CNN didn’t supply a single thread of evidence to suggest any of these happenings were suspicious, instead alluding to “self-proclaimed online sleuths and conspiracy theorists” to justify its click-bait.

The broadcaster wasn’t alone, with the Independent, Sky News, The Daily Beast, The Daily Telegraph all implying, by counting numbers in their headlines, that Shirinsky’s death was somehow linked to earlier events. Because even student journalists know there is a hell of a difference between “Russian ambassador to Sudan found dead in swimming pool” (Reuters) and “Ambassador to Sudan becomes eighth Russian diplomat to die suddenly in 10 months” (The Telegraph) or “Nine months, nine prominent Russians dead” (CNN).

Not to mention the ubiquitous Twitter conspiracy loons, trying to bring the widely discredited dossier of MI6 agent Christopher Steele into the mix.

Now, let’s be clear about something here. The Russian Foreign Ministry has a problem. One acknowledged by everyone I have ever met from the service. And it’s a result of what they call the “lost generation.” You see, in the 90’s, under Boris Yeltsin’s US-backed, neoliberal shock therapy experiment, the Russian economy essentially collapsed. Thus, civil service salaries became pathetically poor and often not paid on time. Diplomats were highly educated, with the language skills desperately needed by foreign firms looking to secure a foothold in newly-open post-Soviet markets. So, they faced a choice: work for the state for $100 a month or move into the private sector and get paid big bucks. What do you think most of them in their 20’s and 30’s, with young families, did at the time?

Of course, a great many left and followed the money. And, as a consequence, there is a serious lack of talent currently available in the crucial 45-55 age group, which is the bracket most countries draw their ambassadors from. The recruitment crisis has been reversed in the Putin-era, but most of those hires are still in their 20’s and 30’s and too young and inexperienced for top jobs. Because of this, Moscow has been forced to rely on older envoys; born, raised, and trained in the Soviet era. So, at a time when attaches from western European states are already retired, their Russian peers are still at the coalface.

And, naturally, the problem with older people is that they tend to die more frequently than their younger peers. Not to mention how the average life expectancy for Russian men born in the 1950’s was 60.5 years (the national average is currently 72 for children born today) and the average age of ambassadors is 64. So, you could actually reverse the story and ask “why are they all living so long?”

Analyzing unfortunate string of deaths of Russian ambassadors it's important to remember: their average age is 64 1/ https://t.co/mkwTT8ubli

Diplomacy is a stressful job, involving countless meetings and endless research. Its practitioners have to mind their manners at all times, knowing how a slip of the tongue could cause outrage. And all those toasts, nights out, and long dinners surely take a toll on the men’s health.

Just as with Holbrooke’s early end, there is most likely nothing sinister or malevolent at play when his Russian counterparts also die. Yet, the Western media just can’t let the topic go, or explain it properly to its readers because there are too many clicks in stories which point to the pernicious and evil hand of the Kremlin behind every tragedy. So long as this attitude prevails, it’s impossible to see how relations between Russia and the West can improve in the medium to short term. And that’s a particularly depressing reality.