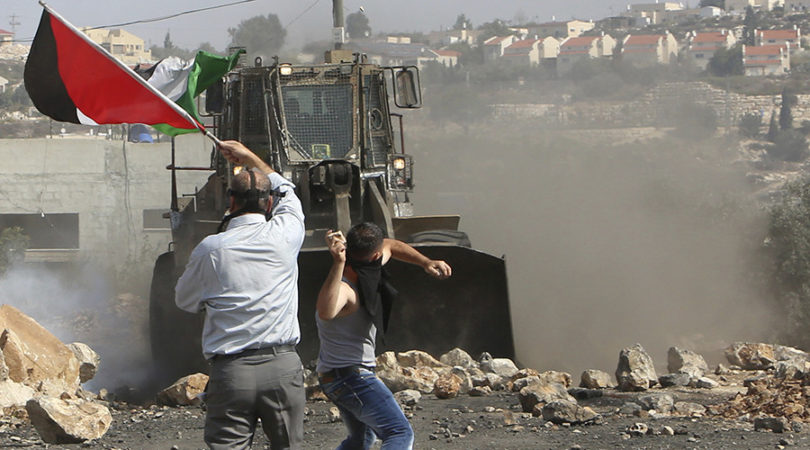 The Senate Foreign Relations Committee has passed a bill that could cut roughly $300 million in financial assistance to the Palestinian Authority, some of which it says, is allegedly being distributed among the families of slain Palestinian attackers and prisoners tried and convicted by Israel of murder and terrorism.

The Taylor Force Act was adopted by the bipartisan chamber in a 17 to 4 vote. The proposed legislation, if approved by the full Senate, aims to suspend American aid distributed by the Palestinian Authority (PA) among those believed to have suffered from alleged Israeli brutality.

The annual financial assistance which amounts to some $300 million, traditionally gets distributed proportionally on the amount of time a Palestinian spends in Israeli jails. Family members also get paid a large sum, if their relatives are injured or killed in confrontations with Israeli authorities.

The legislation is named after an American who was killed last year by a Palestinian attacker whose family is allegedly receiving payments from the PA. Advocates of the bill say they aim to limit such a “rewarding” practice for those who engage in terrorist activities.

“We absolutely cannot accept a policy that rewards acts of terrorism like the one that tragically took the life of Taylor Force,” said Senator Bob Corker, as quoted by the Jerusalem Post.

The bill seeks to end US foreign assistance to the West Bank and Gaza because the money serves as “payments for acts of terrorism against the United States and Israeli citizens to any individual who has been imprisoned after being fairly tried and convicted for such acts of terrorism, including to a family member of such individuals,” it reads.

The legislation will now proceed to the Senate floor for a full vote. If passed, the Palestinian Authority will have one year to change the payment distribution prerogatives before American funding cuts go into effect.

“This legislation will force the Palestinian Authority to make a choice,” Corker noted. “Either face the consequences of stoking violence or end this detestable practice immediately.”

“This bill shines a light on the very real problem of ‘Pay to Slay,'”noted Senator Lindsey Graham, who introduced the legislation before lawmakers in February.

“You can’t be a partner in peace when you are paying people to commit acts of terror. It is long past time to let the Palestinian Authority know that these practices are wholly unacceptable,” he added, as quoted by the Jewish Journal.

Critics of the bill however believe it will only incite more violence and increase poverty and instability in the Palestinian territories.

Meanwhile, Corker stressed that he remains confident that the bill would become law in the coming months. Similar legislation has also been introduced in the House of Representatives, Reuters reported.