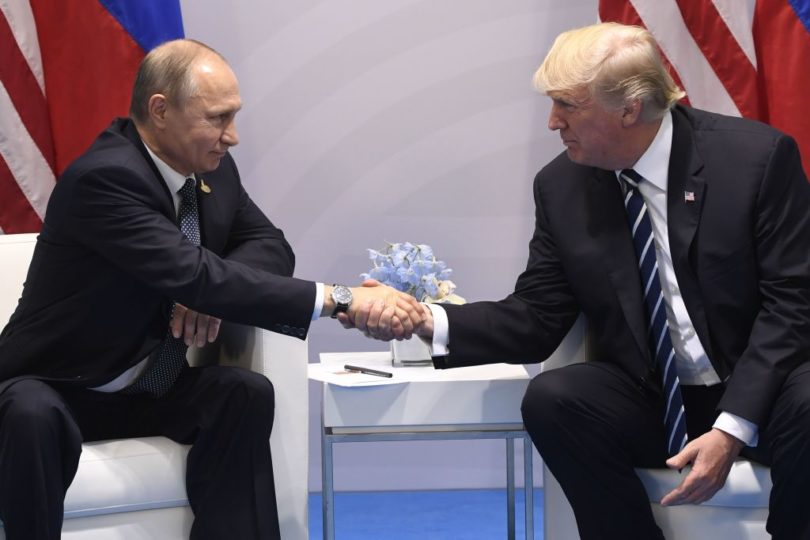 Donald Trump has Tweeted his disapproval of the sanctions bill he was essentially forced to sign. This comes after a strongly worded statement which challenged both the Constitutionality and efficacy of the sanctions.

Our relationship with Russia is at an all-time & very dangerous low. You can thank Congress, the same people that can't even give us HCare!

For all the innuendo suggesting otherwise and for all of the Trump administration’s general lack of direction in foreign affairs, it appears as though Trump’s long stated view that the US should work to improve relations with Russia, is a genuinely held belief.

This was affirmed by Russia when Vladimir Putin said the following,

In spite of accomplishing few tangible agreements at the meeting with the Russian President, beyond the important agreement to jointly enforce a de-escalation zone in south western Syria along with Russia and Jordan, it is becoming apparent that Trump’s feelings about Russia are neither contrived nor politicised, not least because his views on Russia have done the opposite of gain him political capital in Washington, including among his own party’s elites.

The danger for Congress was that Trump might have succeeded, even a little bit, in fostering better relations with Moscow, thus foiling the mythical narrative about Trump’s allegedly personally beneficial Russian connections.

By acting in a spiteful and vengeful way, Congress is not only undermining America’s financial interests in Europe and beyond, undermining relations between nuclear powers and driving a wedge between a united Russia and China vis-a-vis the United States,  but they are putting a petty political narrative above preserving the authority and credibility of the President.

Congress was hellbent on ruining any prospect for improved relations with Russia and today, Donald Trump has clearly and unambiguously articulated why they have at least temporarily won this salvo in their cold war against POTUS.