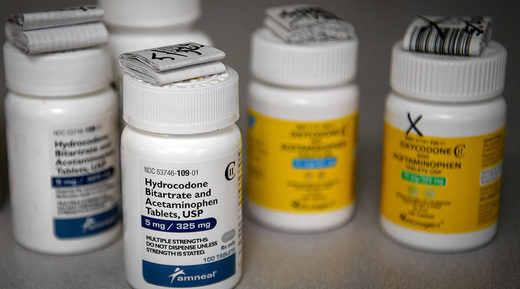 President Donald Trump has declared the opioid epidemic a national emergency and said his administration was drafting paperwork to make it official.

“The opioid crisis is an emergency, and I’m saying officially right now it is an emergency. It’s a national emergency,” President Trump told reporters before a security briefing on Thursday at his golf course in Bedminster, New Jersey.

“We’re going to spend a lot of time, a lot of effort and a lot of money on the opioid crisis.”

Trump told reporters the drug crisis afflicting the US is a “serious problem the likes of which we have never had” and said he’s drawing up documents “to so attest.”

By declaring it a national emergency it removes some barriers and waives some federal rules such as one that restricts Medicaid recipients from receiving addiction treatment. It would also put pressure on Congress to provide more funding.

In early August, Trump’s commission on the opioid crisis issued a preliminary report that described the overdose death toll as “September 11th every three weeks,” and urged the president to immediately “declare a national emergency under either the Public Health Service Act or the Stafford Act.”

The report said 142 Americans died every day from a drug overdose, according to the most recent data from the Centers for Disease Control and Prevention (CDC). It added that 27 million people reported in 2015 they currently used illegal drugs or abuse prescription drugs, but only 21 million receive any type of treatment.

The report also found that 40 percent of people with a substance abuse issue also suffered from mental health problems and less than half received treatment for either issue, and often it was lack of access to care, fear or shame and discrimination and lack of motivation.

Health and Human Services Secretary Tom Price suggested earlier this week the president was leaning against the recommendation when he said the administration could deploy the necessary resources and attention without declaring a national emergency.

Still, Price stressed that “all things” were “on the table for the president.”

Prosecutors, who will be funded by the Justice Department for three years, and tasking with rooting out pill mills and tracking down doctors and other health care providers who illegal prescribe or distribute narcotics such as fentanyl and other powerful painkillers, according to Sessions.

“You don’t collect a drug debt in a court of law, you collect it with a barrel of a gun,” he said.