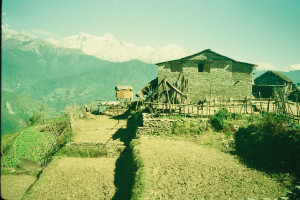 The deal was orchestrated by Unocal adviser Hamid Karzai- who was to be Afghanistan’s President.  Centgas arranged high-level meetings in Washington between Taliban officials and the State Department via Unocal insider and President Bush Jr. NSA Zalmay M. Khalilzad, now US Ambassador to US-occupied Iraq.  In 2005 Chevron Texaco bought Unocal.

Bush blocked US Secret Service investigations into US-based al-Qaeda terrorist sleeper cells while he continued to negotiate secretly with Taliban officials.  The last meeting was in August 2001 just five weeks before 911.  Bush Administration and Saudi officials offered aid to the Taliban to seal the Four Horsemen deal, telling the Islamists, “You either accept our offer of a carpet of gold, or we bury you under a carpet of bombs.”[759]

In 1997 Zbigniew Brzezinski, graying but not straying from his role as go-between for the international banking houses and their global intelligence networks, wrote The Grand Chessboard: American Primacy and its Geopolitical Imperatives.  In his book the BP Amoco board member suggested that the key to global power lies in the control of Eurasia and that the “key to controlling Eurasia is controlling the Central Asian Republics”.  He singled out Uzbekistan as key to controlling Central Asia.

In 1999 a series of explosions rocked the Uzbek capital of Tashkent.  Islamic al-Qaeda-trained militants were to blame.  The rebels, who call themselves the Islamic Party of Turkistan, attempted to assassinate socialist President Islam Karimov.  They attacked the fertile Fergana Valley in an attempt to disrupt harvests and the Uzbek food supply, Pink Plan-style.  Two years earlier Enron had attempted to negotiate a $2 billion deal with the Uzbek state-owned Neftegas with help from the Bush White House. [760]

When that effort and other privatization attempts were rebuffed in 1998 by Tashkent, the Islamist attacks on Uzbekistan were ratcheted up.  After the “carpet of bombs” began raining down on neighboring Afghanistan in October 2001, Uzbekistan, along with neighbors Kyrgyzstan and Tajikistan, was soon sporting new US military bases.  In 2005 Kyrgyzstan’s President Askar Akayev was deposed in the “Tulip Revolution”.  Within days Donald Rumsfeld was meeting with the new leaders. [761]

The timing of both Brzezinski’s book and Bush Administration threats to the Taliban are instructive since both occurred prior to the 911 attacks, the perfect pretext for the massive Central Asian intervention that Brzezinski, Bush and their Illuminati bosses were advocating.  Dr. Johannes Koeppl, former German Defense Ministry official and adviser to NATO Secretary General Manfred Werner, explained of this rash of “coincidences” in November 2001, “The interests behind the Bush Administration, such as the Council on Foreign Relations, the Trilateral Commission and the Bilderberger Group, have prepared for and are now implementing open world dictatorship (which will be established) within the next five years.  They are not fighting against terrorists.  They are fighting against citizens.”

Central Asia came to produce 75% of the world’s opium just as the Four Horsemen and their CIA guard dogs were moving into the region.  While the US issues humiliating certifications to judge countries on their ability to stop drug traffic, Big Oil produces 90% of the chemicals needed to process cocaine and heroin, which CIA surrogates grow, process and distribute.  CIA chemists were the first to produce heroin.

As Ecuadorian Presidential Candidate Manuel Salgado put it, “This world order which professes the cult of opulence and the growing economic power of illegal drugs, doesn’t allow for any frontal attack aimed at destroying narco-trafficking because that business, which moves $400 billion annually, is far too important for the leading nations of world power to eliminate.  The US…punishes those countries which don’t do enough to fight against drugs, whereas their CIA boys have built paradises of corruption throughout the world with the drug profits.”[762]

The Afghan “paradise of corruption” yielded 4,600 metric tons of opium in 1998-1999.  When the Taliban cracked down on opium production poppy fields bloomed to the north where CIA/ISI-sponsored Islamists were fighting in Tajikistan, Uzbekistan, Chechnya, Dagestan and Kashmir.  Pakistani writer Ahmed Rashid says the Saudis paid the moving bill. [763]

The US had harassed socialist India for decades, using Kashmiri fundamentalists based in Pakistan.  It was no coincidence that the proposed Enron pipeline to their Dabhol, India white elephant was to run right through the heart of Kashmir.  Ever since Russian Foreign Minister Yevgeny Primakov proposed a “strategic triangle” between India, Russia and China as a counterbalance to “US global hegemony” in 1998, US establishment think tanks have been scratching their heads at how to derail the idea.  The Harvard-linked Olin Institute proposed attacking India, the weakest part of the triangle.

Not content with the Polish Solidarist-led grab of Eastern Europe and the partitioning of Soviet Central Asian republics, the CFR/Bilderberger crowd now used mujahadeen surrogates to further squeeze Russia.  In 1994 35,000 Chechen fighters were trained at Amir Muawia camp in Afghanistan’s Khost Province, the camp Osama bin Laden built for the CIA.  In July 1994 Chechen Commander Shamil Basayev graduated from Amir Muawia and was sent to advanced guerrilla tactics camp at Markazi-i-Dawar, Pakistan. There he met with Pakistani ISI officials, who have historically excelled at carrying out the CIA’s dirty laundry. [764]  The other Chechen rebel Commander was Saudi-born Emir al-Khattab.

The Chechen Islamists took over a big chunk of the Golden Crescent heroin trade, working with Chechen crime families affiliated with the Russian Alfa Group that did business with Halliburton.  They also had ties to the Albanian heroin labs being run by the KLA.  A Russian FSB report stated that the Chechens began buying real estate in Kosovo in 1997, just prior to the US-led partition of Kosovo from Yugoslavia.  Chechen Commander Emir al-Khattab set up guerrilla camps to train KLA Albanian rebels.  The camps were funded by the heroin trade, prostitution rings and counterfeiting.  Recruits were invited by Chechen Commander Shamil Basayev and funded by the House of Saud Muslim Brotherhood Islamic Relief Organization. [765]

On September 20, 2002, after emerging from a White House meeting on Iraq with President Bush, Russian Foreign Minister Igor Ivanov dodged all questions regarding another round of US harassment targeting Iraq.  Instead he stated that the al Qaeda-trained Chechen rebels still targeting his country were being given safe-haven by the closest US ally in Central Asia- the government of Georgia.  The Four Horsemen’s strategic Baku-Tblisi-Ceyhan pipeline was to run right through the Georgian capital Tblisi.

A month later Chechen rebels strapped with explosives entered a Moscow theater, taking hundreds hostage.  The timing was interesting, since the Russians were refusing to go along with Bush’s plans to invade Iraq.  Nearly 200 people died after Russian Special Forces stormed in to overtake the Chechens.  The US news media, fixated on al Qaeda’s every move just months earlier, ignored the link between the Chechens and their bin Laden-led cohorts.  Instead they blamed the Russians.  A week after the incident Chechen warlord Shamil Basayev claimed responsibility for the siege on a rebel website. [766]  Kremlin officials saw Basayev’s comments as a smokescreen to protect Chechnya’s elected leader Aslan Maskhadov, who was on his way to Sweden to take part in a conference on Chechnya.  Basayev was killed in Ingushetia in July 2006.

For all the hoopla over the Caspian Sea oil bonanza and after all the CIA-bred carnage wrought upon the region of Central Asia and the Russian Republic on behalf of the Four Horsemen, the huge deposits of black gold may not materialize.  According to BP’s Statistical Review of World Energy 2003, the two countries which Big Oil had counted on to become the next Saudi Arabia – Azerbaijan and Kazakhstan – have proven oil reserves of only 63 billion and 26 billion barrels, respectively.  Russia itself, torn asunder by Big Oil and their spooks, possessed a mere 22 billion barrels of crude reserves.  It is also possible that BP is lying, using the phony “peak oil” shortage argument to rationalize gauging consumers.

Whatever the case, the Four Horsemen- once again by virtue of their unscrupulous behavior- may soon be shut out of the Russian portion of the Far East oil sweepstakes. Since 2005 a now wide awake Russia has been steadily re-nationalizing its energy sector.

[729] The Other Side Of Deception. Victor Ostravsky. HarperCollins Publishers. New York. 1994.