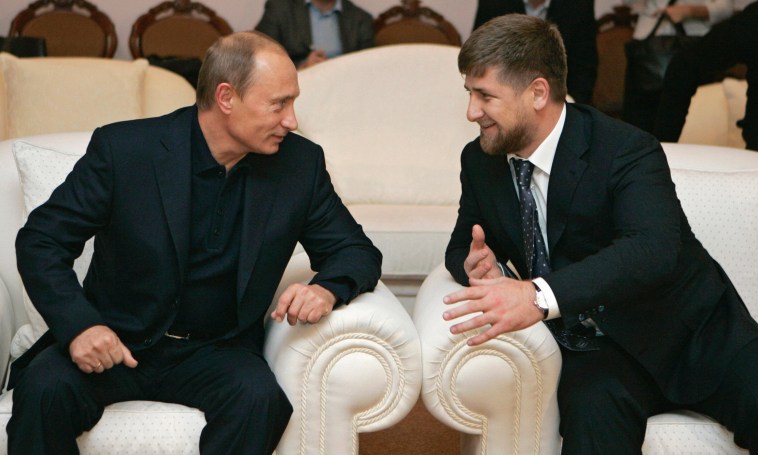 One only needs to study Russia’s experience with bringing former Chechen rebels to the table, in order to learn why the Taliban must be spoken to rather than bombed into anger and alienation.

Between 1994 and 1996, a Russian Federation weakened by internal political chaos fought the First Chechen War. The war was fought between the Russian armed forces and forces loyal to the self-proclaimed Chechen Republic of Ichkeria.

During the First Chechen War, one of the leading commanders of rebel forces was Akhmad Kadyrov. His battle field tactics helped win the war, forcing an uneasy truce with Russia.

During this time, Kadyrov’s forces were backed by foreign Mujaheddin, many of whom were battle hardened from fighting Soviet troops in Afghanistan between 1979 and 1989. As with Afghanistan, the US supported the Mujaheddin against Russia, albeit in a more covert manner than during the 1980s.

In 1999, war flared up again in Chechnya when Islamist extremists from Chechnya invaded the neighbouring Russian Republic of Dagestan. It was at this time that Akhmad Kadyrov switched sides, pledging his loyalty to Russia.

This was motivated by several factors. First of all, the Chechen Republic of Ichkeria was a self-proclaimed country of chaos, corruption and poverty, one which was ultimately in need of Russian material support, just as Afghanistan needs much the same from Pakistan today. Secondly, Kadyrov found that the Mujaheddin forces which helped win the First Chechen War were both unreliable and too extreme for his liking, their designs on the region were very different than his.

In the subsequent years, some local rebels as well as foreign Mujaheddin continued to cause problems in the region. Things came to a head when in 2004 Akhmad Kadyrov, who had become the President of the Chechen Republic, was assassinated. Chechen rebel Shamil Basayev later claimed responsibility. He was killed by the FSB (Russian Federal Security Service) in 2006.

In 2007, Akhmad’s son Ramzan Kadyrov became the Head of the Chechen Republic. Ramazan’s leadership marked Chechnya’s transformation from an uneasy hotbed of rebellion and foreign terrorism to a place that is generally stable, a loyal subject of the Russian Federation and a place with zero tolerance for trouble makers. Crucially, the region has a high degree of autonomy in which Islamic customs and local laws are integrated into the overarching laws of the Russian Federation. It is a balance that has worked far better than many could have imagined. It many ways, it is a textbook example of 21st century compromise in respect of cultural autonomy combined with sovereign loyalty to a large state.

Afghanistan requires a similar solution. Russia learned from experience what the US has failed to learn after nearly 16 years in Afghanistan: no peaceful solution can take place without the Pashtun majority having their interests accounted for. The strongest group around which many Pashtuns now rally is the Taliban and has been so for decades.

Russia who in the 1980s fought against the people who would come to support the Taliban in the 1990s, has realised that there is a time for war and a time for dialogue.

It was this approach that allowed Russia to accept Akhmad Kadyrov as a loyal subject to Russia even though he had been a supreme enemy of the state just years prior to this reconciliation. Likewise, in Afghanistan, Russia realises that the Taliban, the moderate rebels of modern Afghanistan, cannot be disregarded and nor can they be bombed into coming to the peace table, not least because many Taliban leaders have already made comparatively generous peace offers that Afghanistan’s neighbours such as Pakistan could easily work with.

Russia has let the ideological wars of the past slip into memory and Russia’s modern leaders have learned the lessons necessary to formulate a new Afghan policy. This new Russian policy of dialogue with the Taliban is in line with that of Pakistan which seeks a stable country free from American or Indian influence on its western border and it is also what China seeks as China requires a stable Pakistan and a comparatively placid Afghanistan in order to complete a crucial section of One Belt–One Road infrastructure in the region. Iran too has come to this realisation in more ways than one.

The future leader that Afghanistan needs is someone like Ramzan Kadyrov, an individual who is local, can implement Islamic law with sincerity and authority, can act pragmatically though patriotically when dealing with others, including non-Pashtun Afghans such as the Tajiks, Uzbecks and Shi’a Hazaras, and most of all, a leader who can work with the country which for all intents and purposes is Afghanistan’s lifeblood: Pakistan.

Such a leader may already exist among the more moderate rebel ranks of the Taliban. Such a leader would clearly by willing to work with Pakistan, Russia, China, possibly even Iran but certainly not with the United States. Russia understands this because Russia has the experience of Afghanistan in the 1980s from which Vladimir Putin learned that in order to bring peace and loyalty to a volatile region, one must work with locals who are willing to meet one half way. Putin learned equally from the mistakes chaotic Yeltsin regimem how to best deal with such issues within Russia, in Chechnya in particular. In return, Russia has not made extraordinary demands over the style of government in Chechnya, one which is now stable and increasingly prosperous, but very different from the kind of Russia one sees in Moscow, Crimea, Vladivostok and almost everywhere else in the Russian Federation.

This is the solution, but America is doing the opposite, because unlike Russia in respect of Chechnya, the United States is not looking for a solution in Afghanistan in the first place.