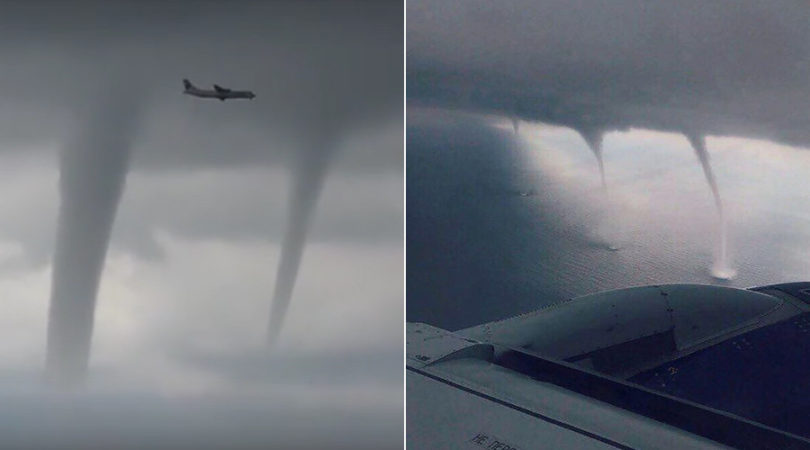 Taking into account the fact that Sochi is the main residence of Putin it is quite logical to assume that this kind of weather phenomenon is a geo – engineering result
______________________________
RT
A plane was filmed landing in the Russian city of Sochi with three tornadoes right behind it. Up to twelve tornadoes were spotted off the coast on the same day, and it is the second week in a row that the columns have ripped through the Black Sea.

And here is a glimpse of just how menacing the tornadoes looked from the air.

Nine flights were delayed due to harsh weather in the area, with other planes being diverted to airports in the nearby Russian cities of Anapa and Krasnodar, according to local newspaper Sochi Express.

On that same day witnesses spotted multiple tornadoes several kilometers off the coast. Up to 12 columns were seenheading to the city according to local news sources.

Last week two tornadoes were spotted off Sochi. One of the whirlwinds garnered much attention from online users thanks to its non-linear form.