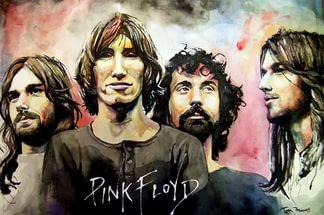 Corporate mainstream media is censoring one of the world’s most famous rock stars over his political beliefs. RT allowed him to explain why. HINT: Roger speaks rationally about President Putin.

RT America has conducted an exclusive interview with Roger Waters, the veteran anti-war musician and poet who is best known for writing the majority of music and lyrics of his band Pink Floyd.

While albums like Dark Side of The Moon and The Wall sold millions around the world, thus spreading Roger Waters’ message of peace and humanity, today’s western mainstream media have censored Waters, much like how Apartheid South Africa censored the hit-song Another Brick In The Wall Part II in the 1980s.

Roger Waters continues to campaign for human rights and political justice for the people of Palestine. His activism has led him to speak before a Committee of the United Nations, but mainstream media has decided to make Waters the invisible man.

During his interview, Roger Waters explains why the west is wrong to provoke Russia, why Barack Obama was wrong to escalate his drone attacks, why American imperialism is dangerous and why anyone who stands up for Palestine is shut up by the mainstream media.

Now watch as Roger Waters explains to RT why he is being censored and why he will never change his political views.