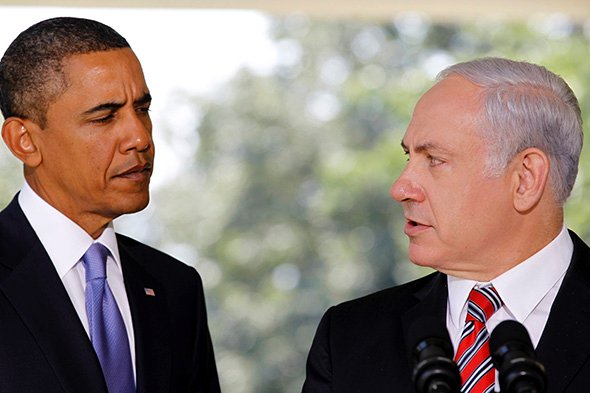 President Barack Obama was forced to save the best for last when he heroically abstained from the United Nations vote forcing Israel to roll back their illegal and oppressive apartheid based borders back to the 1967 lines, before the occupation. He also refused to be bullied by the Israeli lobby and instead listened to his intelligence reports and national security memos rather than cave in to the onslaught of Saudi and Israeli money being poured into his enemies’ coffers to get him to attack Iran unilaterally.

Rahul D. Manchanda has a bachelor’s degree in chemistry and biology from Boston University. He also attended Yale University where he studied Molecular Cell and Evolutionary Biology. He received his Juris Doctor degree from Pace University. Manchanda worked for one of the largest law firms in Manhattan where he focused on litigation.

Over the past few years, he has worked and traveled in numerous countries, including Austria and France. In Paris, Manchanda analyzed and compared the American legal system with its British, French, Russian, German, and Chinese counterparts. He has also contributed to the issuing of patents in the areas of biotechnology, organic chemistry, biopharmaceuticals, electrical and mechanical engineering, computer software and technology, and internet business methods.

Manchanda is also a peace activist. He has appeared on Fox News, CNN, Court TV, and NBC. He is a polyglot; he is fluent in French, Hindi, Urdu, Punjabi, Russian, Latin, and Hebrew. Manchanda was ranked among Top Attorneys in the United States by Newsweek Magazine in 2012 and 2013. He also plays soccer.

JEA: I have been reading Trita Parsi’s recent book, Losing an Enemy: Obama, Iran, and the Triumph of Diplomacy, which is published by Yale University Press. You also went to Yale. Parsi generally argues that virtually every single American president (from 1980 to the present) had to head-butt with Israel, largely because Israel is like Dracula; it has to drink the blood of other people to survive, and many American presidents picked that up very quickly, despite the fact that they said flowery things about Israel in public. Parsi also documents that AIPAC has been spouting gibberish about Iran since the early 1990s. He quotes AIPAC saying:

“Iran is the world’s most significant sponsor of terrorism and the most ardent opponent of the Middle East process…The evidence is overwhelming: Iran is intent on projecting terror and extremism across the Middle East and beyond. Only a concerted international effort can stop it.”[1] What’s your take on this issue?

RDM: The mass hysteria regarding Iran has nothing to do with reality and everything to do with extreme lobbying of the US Congress and Senate by the Saudi and Israeli organized lobbying groups. The Citizens United case made everything much worse because that supreme court case allowed the complete and total bypassing of 300,000,000 Americans who don’t want war and only want peace to be completely and totally blocked out of the equation of our decision-making in that arena of foreign policy.

The fact remains that Iran is a secular, pluralistic democracy where Jews, Christians, Zoroastrians, Druze, and Muslims practice their faiths openly and are not forcibly converted. Additionally, the Iranian Shia community is being persecuted all over the Middle East by Saudi Arabia Sunni extremists and terrorists, and this is the source of the tension there.

Furthermore Iran is an existential threat to the Israeli expansion under the Oded Yinon plan, while trashing and demoting the USA, precisely because it is secular, sane, and has outstanding relationships with Russia, China, Qatar, the rest of Eurasia, India, and Turkey, thus being the natural ally for those nations in terms of oil and gas and liquified natural gas pipelines and import/export/refining. So Israel is threatened by Iran for purely economic and territorial reasons.

Israel and the USA need to step back and do business with Iran like the rest of the world is already starting to do, and dial back all of this nonsensical and unnecessary saber-rattling and threats. We need all the friends and business partners we can get, and this is in line with Thomas Jefferson’s declaration “Peace, commerce and honest friendship with all nations; entangling alliances with none.”

Parsi suggests that the Israelis wanted the United States to attack Iran during the Obama administration, and they thought that Obama was too weak to take actions. The Obama administration, at one point, even declared: “fuck Netanyahu.” Parsi quote numerous Mossad agents who agree with Netanyahu, saying that Netanyahu is a rabble-rouser who desperately tries to spout “bullshit.” Can you expand on this issue for us?

RDM: President Barack Obama was forced to save the best for last when he heroically abstained from the United Nations vote forcing Israel to roll back their illegal and oppressive apartheid based borders back to the 1967 lines, before the occupation. He also refused to be bullied by the Israeli lobby and instead listened to his intelligence reports and national security memos rather than cave in to the onslaught of Saudi and Israeli money being poured into his enemies’ coffers to get him to attack Iran unilaterally.

And the Joint Comprehensive Plan of Action (“JCPOA”, or “Iran Nuclear Deal”) was probably the greatest act of human diplomacy this world has ever seen, in the face of great odds, getting the prideful and understandably angry people and government of Iran to willingly and voluntarily give up their quest for nuclear weaponry, all the while being surrounded on all sides by hostile forces being armed and backed up by powers (United Kingdom, U.S., Israel and Saudi Arabia ) that have attacked them incessantly before.

To his credit, his predecessor President George W. Bush also refused to provide the Israelis bunker buster bombs and MOABs to destroy Iran after the National Intelligence Estimate of 2007 deemed that Iran was not either an imminent or long-term threat to the U.S. (or Israel). Iranians are an incredibly sophisticated, secular, and literate society, and are more European in their belief systems than the Arabs are.

Iranians want to grow their economy and live in peace, like the Chinese. They have never invaded another nation in hundreds of years, only defending themselves against Iraq which was funded, armed, directed, trained, and dispatched by the powers of the United Kingdom, U.S., Israel and Saudi Arabia, resulting in millions dead from biological and chemical weapons.

Peace and international commerce is always the best option in a world armed to the teeth with nuclear weapons. The world is now incredibly small – game over – there is no more room for conventional or nuclear war.