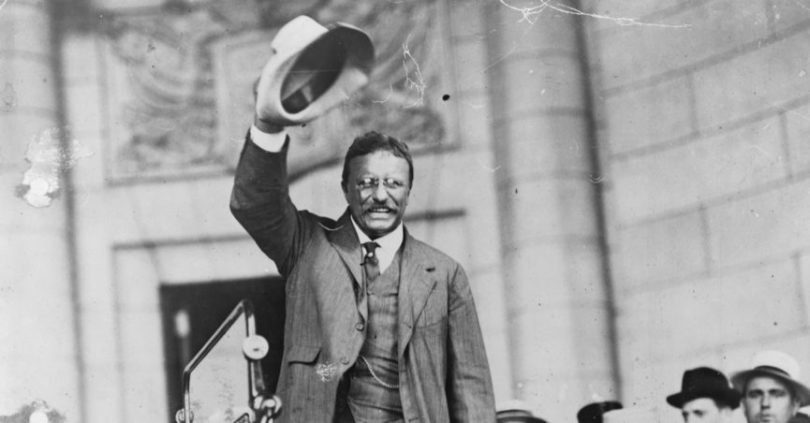 Clashes with neo-Nazis in Charlottesville did not inspire “leftists” to demand the removal of a statue of Theodore Roosevelt in New York City.

After “demanding that southern states take down statues of Confederate figures, the activist Left is now targeting” a New York City statue of President Teddy Roosevelt.

In October 2016, indigenous rights activists and artists protested several conditions at a New York City museum, among them a statue of President Teddy Roosevelt.

The protest occurred well before August 2017 clashes in Charlottesville, Virginia and involved separate groups; the “Monday” referenced was 10 October 2016, not 14 August 2017.

On 15 August 2017, DailyWire.com published an article reporting that the “activist Left” was demanding that a statue of Theodore Roosevelt, the 26th President of the United States, be removed from a New York City museum:

The article’s use of the words “after” and “now” drew an undeniable parallel between the “Unite the Right” protest of 12 August 2017 and the events described. It reported that protesters “purportedly planned the event three weeks in advance in order to make the bizarre show of leftist rage as special as possible,” referencing an undated Monday. It linked to a Guardian piece which also stated that a protest occurred on “Monday”:

However, nowhere in the Daily Wire piece was any indication that the source material was dated 11 October 2016, making its implication that such protests were a part of or after 12 August 2017 clashes in Charlottesville, Virginia extremely misleading.

Right above the Guardian item’s dateline is a note indicating that the piece was nearly a year old as of August 2017:

Although it is possible Daily Wire overlooked the Guardian article’s date, it added an image taken from Twitter dated 10 October 2016:

The “zealots” mentioned in the 15 August 2017 Daily Wire item were described in other reports as representatives of a group called “Decolonize This Place,” a movement that appears to be completely separate from antifa activists:

October 2016 news articles reported that the indigenous rights group protested for removal of the statue, modification of exhibits in the American Museum of Natural History, and the return of items they believed were culturally significant artifacts:

Videos of the protest show protesters carrying a large “Abolish White Supremacy” banner, and it was labeled as an “expansive action of that included member of Black Lives Matter, Palestinians, Italians and others”:

The October 2016 demonstration was not the first of its sort, nor did it spring from actions to remove Confederatemonuments in American cities. In October 2012, the New York Post reported that a Manhattan man had been on a years-long quest to had the statue removed:

No action occurred between the 10 October 2017 “Decolonize This Place” protest at the American Museum of Natural History and the 15 August 2017 publication of the Daily Wire’s article, except for unrelated clashes over the 12 August 2017 “Unite the Right” white supremacist rally in Charlottesville, Virginia.

It is true that a separate group of indigenous activists and artists protested for the removal of a statue of Teddy Roosevelt in October 2016, but those demonstrators had nothing to do with August 2017 protests in Charlottesville, Virginia.