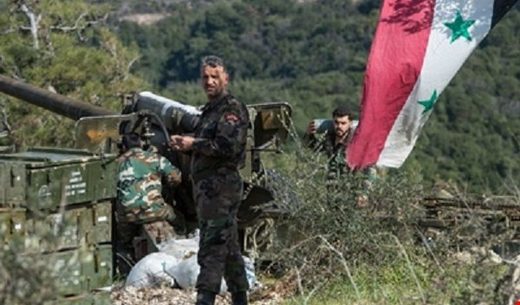 Israeli newspaper Israel Hayom said the Israeli security and intelligence agencies have come to conclusion that the Syrian President Bashar Al Assad and his allies will control pretty much all of the Syrian territory by the end of 2018.

The newspaper pointed out the new narrative on the Syrian issue had to be adopted due to series of “unforeseen” turns of events, namely the cessation of US aid to the so-called “moderate rebels” in Syria, the general lack of American attention to what was actually happening on the ground, in addition to cessation of support to the so-called “moderate rebels” by Arab regimes, and of course an overwhelming Iranian support for the Syrian President and his government.

It is noteworthy that until recently, the Israeli security and intelligence agencies were firmly convinced that Syria will in no way return to what was before the war broke out back in 2011.

The newspaper noted that actual developments firmly contradict the statements, made in late 2011 by the then Israeli Defense Minister Ehud Barak, who said that Assad and his government will collapse within half a year.

The Emirates admits that Assad has won

In an interview given to an Emirates daily newspaper, The National, Robert Ford, who had been the US ambassador to Syria under the Obama administration, made the following statement:

“The war will gradually be drawn to an end. Assad has won and he will stay [in power]. He will never be held to account [for what has happened], and Iran will remain in Syria. This is a new reality that we have to accept, and there is not really very much that we can do about this state of affairs.”

Robert Ford played a central role in exporting the “Arab Spring” to Syria. He participated in the demonstration against the Republic that took place at Homs, which marked the beginning of the so- called “civil war”. Today he is working in Washington with the Middle East Institute, which from now on will be funded by the United Arab Emirates.