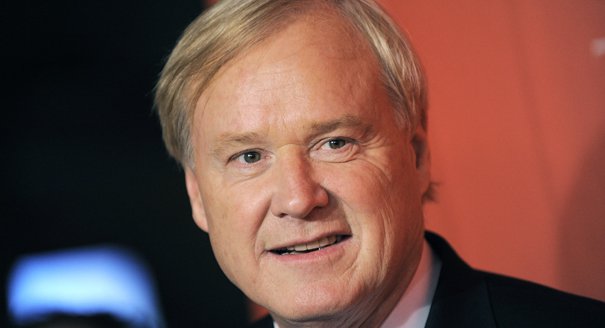 Chris Matthews attacked the Neocon project in 2015 by saying that the Neocons and warmongers in the United States aspire to create complete chaos in the Middle East, presumably for Israel. His words are worth quoting in full:

“The reason I go back to that is there’s a consistent pattern: the people who wanted that war in the worst ways, neocons so called, Wolfowitz, certainly Cheney.. it’s the same crowd of people that want us to overthrow Bashar Assad, .. it’s the same group of people that don’t want to negotiate at all with the Iranians, don’t want any kind of rapprochement with the Iranians, they want to fight that war. They’re willing to go in there and bomb.

“They have a consistent impulsive desire to make war on Arab and Islamic states in a never-ending campaign, almost like an Orwellian campaign they will never outlive, that’s why I have a problem with that thinking. … we’ve got to get to the bottom of it. Why did they take us to Iraq, because that’s the same reason they want to take us into Damascus and why they want to have permanent war with Iran.”

Yours truly and many others have been saying the same thing for years. We would not have perpetual wars in the Middle East if the Neocons did not take their orders from Israel. Even George W. Bush implicitly admitted this.

George W. Bush once asked his father to define Neoconservatism. “‘What’s a neocon?’ ‘Do you want names, or a description?’ answered [the elder Bush]. ‘Description.’ ‘Well,’ said the former president of the United States, ‘I’ll give it to you in one word: Israel.’”[1]

Scholars such as Halper and Clarke note the same thing, arguing that for the neocons, there is “a keen interest in the affairs of Israel”[2] and Ginsberg confirms that a central focus of the neoconservatives is “their attachment to Israel.”[3]

No serious scholar can logically argue that the Neocon ideology has been good for America. To cite again retired career officer in the Armor Branch of the United States Army and academic Andrew J. Bacevich:

Unless you are a political prostitute like Ann Coulter or Sarah Palin or Michelle Bachmann or Lindsey Graham or John McCain, you will inexorably come to the conclusion that the Neocon project has always placed America in hot water.

Now the same Neocons are perversely arguing that Russia is our enemy. They cooked up lies and fabrications and expect the vast majority of Americans to take them seriously. Perhaps it is high time for all decent Americans to tell those people quite bluntly, “No, we ain’t gonna take anymore.”