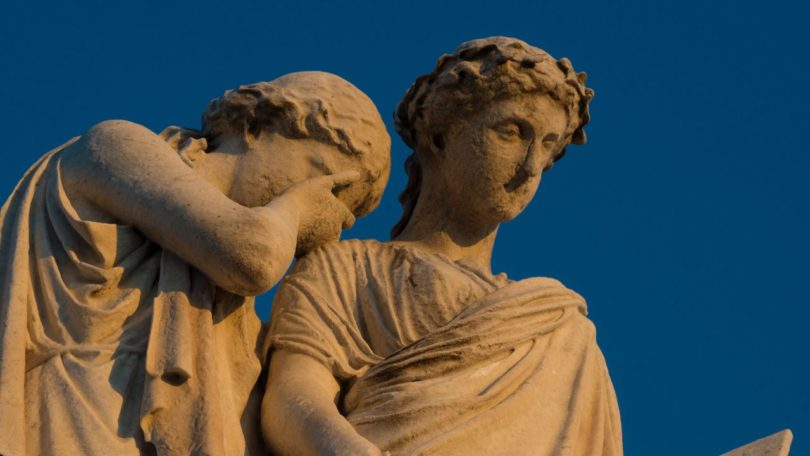 A professor at The University of Iowa said appreciation of “white marble” used in classical artwork has created “white supremacist ideas today.”

Professor Sarah Bond indicated in a Hyperallergic article that “many of the statues, reliefs, and sarcophagi created in the ancient Western world were in fact painted,” and the “white marble” used in artwork were meant to be colored.

Bond also said that “the equation of white marble with beauty is not an inherent truth of the universe,” and therefore is “a dangerous construct that continues to influence white supremacist ideas today.”

The professor also argues that “most museums and art history textbooks contain a predominantly neon white display of skin tone,” which “has an impact on the way we view the antique world.”

“The assemblage of neon whiteness serves to create a false idea of homogeneity — everyone was very white! — across the Mediterranean region,” she said, later saying that the misapprehensions of the classical era give “further ammunition for white supremacists today, including groups like Identity Europa, who use classical statuary as a symbol of white male superiority.”

“It may have taken just one classical statue to influence the false construction of race, but it will take many of us to tear it down,” Bond said. “We have the power to return color to the ancient world, but it has to start with us.”

Campus Reform requested Bond to further explain her claims, to which she said that the “exalting of white (and unpainted) marble was then an 18th century construct.”

“The point is simply that Greeks and Romans actually added color to their art and thus white marble was often the canvas rather than the finished product,” she added. “The exalting of white (and unpainted) marble was then an 18th century construct of beauty rather than representative of the classical view. In any case, let me know if you would like to discuss this issue further.”