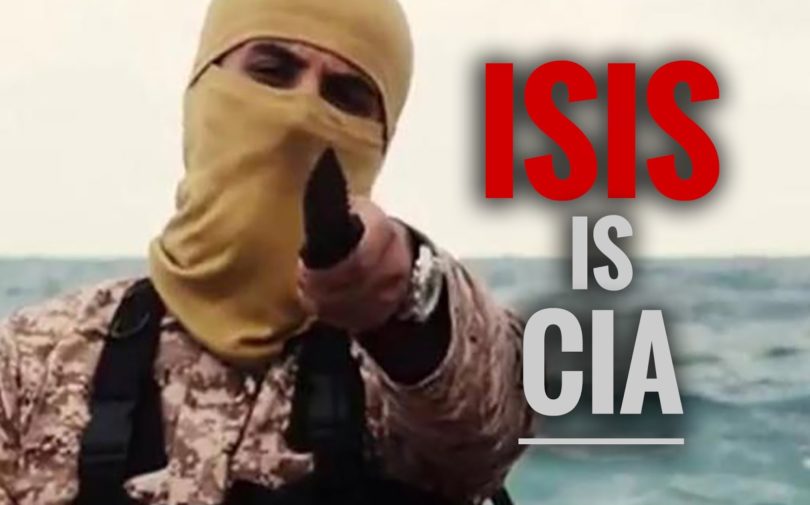 The race for Raqqa is now increasingly a two-horse race between US backed Kurdish forces and the Syrian Arab Army which relies on support from Russia, Iran and Hezbollah.

Today, two reports emerged within minutes of each other which indicate that under Donald Trump, the United States has fully shifted its policies in Syria away from arming and aiding Salafist/jihadist terrorist fighters and is now allying exclusively with Kurdish.

To a less extent, America is also politically allied with Russia in a limited capacity in south western Syria, something which is more significant due to the shift it represents rather than in terms of size or scope.

Here are the key events:

1. US media reports that Trump ends CIA arming of terrorists

The deeply anti-Trump Washington Post has reported the following,

While the Washington post calls this a win for Russia, in reality this will not directly effect Russia one way or another. It is however, a win for Syria.

By most reasonable accounts, the conflict in Syria could have ended far earlier if not for the CIA and other US actors arming, funding and training Salafist jihadist fighters in Syria (often referred to as moderate rebels by the western mainstream media).

As even the Washington Post admits, almost in a gloating fashion, arming such jihadists was a flagship policy of the United States under Barack Obama.

This will take a substantial deal of pressure off the Syrian Arab Army and their fight against remaining terrorists in Syria.

Ever since Trump took office, the general trajectory of US meddling in Syria shifted from arming jihadists to arming, funding and working in close military coordination with Kurdish forces.

Today’s revelation simply affirms what was long the apparent on the ground policy of the United States since February of 2017.

It is key to remember that even after this announcement, the US presence in Syria is still illegal according to international law.

Almost simultaneous to the Washington Post report, Al-Masdar which is generally the most reliable source of on the ground information in Syria, reported the following,

Information on why the Arab militia has been booted out of the operation remains officially unclear. Nonetheless, some sources suggest that the group showed repeated incompetence during Raqqa battle, advancing quickly within the city but then withdrawing from all gains, abandoning them to ISIS, almost as soon as they were taken.

Raqqa is now officially a two-horse race between US backed Kurdish forces from the north and the Syrian Arab Army approaching from the west and from the south via Dier Ez-Zor, which is fast becoming a bigger hotspot of remaining ISIS fighters in Syria vis-a-vis Raqqa.

The upside of this for Syria is that the danger of a kind of semi-permanent style US funded Salafist insurgency is reduced to almost nil. This is especially true due to Syria’s strong central government vis-a-vis that of Iraq in the mid-2000s and into recent years.

With the US garrison in southern Syria located in At-Tanf now effectively cut off from the rest of the country via strong lines of control by the Syrian Arab Army and its allies, the US would have hit a logistical brick wall if it expended its resources continuing to arm increasingly encircled and materially ineffective jihadist groups like the FSA and its splinter groups and off-shoots.

This move also removes any scant Turkish influence from the race to Raqqa as the few FSA fighters participating in the surge represented the only people who are loyal to a group that is in great part, a Turkish proxy.

Thus, the American decision to force the withdrawal of the minor contingent of the FSA from front-line fighting in Raqqa is close to a de-facto admission that incorporating such jihadists into the final battle with the jihadists of ISIS would be an exercise in futility, one that Kurds themselves also likely oppose.

At present, there is no overt linkage to these events and Donald Trump’s meeting at the G20 summit with Vladimir Putin. One can however, infer a conclusion that in order to work more effectively with Russia, the United States has dropped the last vestiges of support for jihadists such as the FSA, knowing that it would have reached a similar conclusion based on sheer logistics, even if Russia and the US did not strike a deal to mutually enforce the current ceasefire in south-western Syria along with Jordan.

In this sense, it is wise to remember that hyperbolic linkages of items 1 and 2 with the Trump-Putin meeting are at best circumstantial rather than causal–pragmatic rather than overtly strategic.

This still does not solve the crisis of what Kurdish forces might want as a result of their participation in the race for Raqqa, assuming they partly or wholly win the race.

Furthermore, if Kurds demand further concessions from Damascus including increased autonomy or even independence, many suspect that the United States will strongly back Kurdish demands rather than play the part of a neutral party. This would of course be opposed not only by Syria, Iraq and Iran but most strongly by Turkey which is a traditional US ally, although one which hardly sees eye-to-eye with the US on major Middle Eastern issues ranging from Qatar to Syria.

In this sense, the United States has chosen to infuriate Turkey further, make life slightly less difficult for Syria in terms of battle-field logistics, vaguely placate Russia and most importantly, declare an increased measure of loyalty to Kurds at the expense of the many anti-Kurdish actors in the region, including several technical US allies, namely both Turkey and Iraq.