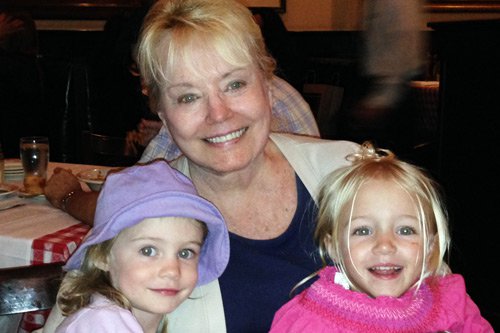 Doctors have been unknowingly brainwashed over many years of education because the only way you can get to your goal of being a doctor, or a dentist, or a Rhodes scholar, or any other prestigious objective is NEVER to rock the boat. Those in charge of these professions do not like “boat-rockers.” They want people who will toe the party line and do what they’re told. So doctors are very afraid to tell the truth because it often has a negative effect on their career.

J.E.A.: You have been a controversial figure for almost three decades, going all the way back to 1989.[1] Were you that way when you were in medical school at the University of California?

L.D.: I never set out to be a controversial figure at any time in my life. It came naturally because when I was a child my father taught me how to think, something many people never learn how to do during their entire lifetime.  He also taught me that the truth is more important than life itself.

When I was young and wanted to do what all the other kids were doing, he would say to me, “Herd instinct! Her instinct!  Don’t follow the herd.  Decide what is right and stand on your own two feet.” And this is how I have lived my life.  I have learned that if one consistently searches for the truth, and tells the truth, one automatically is viewed as controversial.

I have also learned that most people are terrified of the truth; they are afraid they will be ostracized, or they will lose their job, or they will be humiliated.  Those things are not pleasant, but they don’t bother me very much because I have learned that when one is a truth-teller, all of that extra uncomfortable baggage comes with the territory.

However, in my medical career, I was often ‘lauded and applauded’ by my colleagues (something the media never mentions) for telling the truth about certain areas of medicine, including the truth about over-treatment with blood thinners, exposing the epidemic of unnecessary surgery, telling the truth about the AIDS epidemic and healthcare worker safety, and exposing all the lies that were coming mainly from the mouths of the drug pushers – the pharmaceutical companies – and their lackeys: the leaders of organized medicine.

You see, doctors have been unknowingly brainwashed over many years of education because the only way you can get to your goal of being a doctor, or a dentist, or a Rhodes scholar, or any other prestigious objective is NEVER to rock the boat.  Those in charge of these professions do not like “boat-rockers.”  They want people who will toe the party line and do what they’re told.  So doctors are very afraid to tell the truth because it often has a negative effect on their career.  But they admire a colleague who is willing to do so, someone who will take the risks – and take the flack (for them)!  And supporting a fellow doctor who is willing to tell the truth assuages the guilt of the cowardly doctor.

J.E.A.: I appreciate your courage to tell the truth, no matter what the cost. This has been a central focus in my life as well, and because of that, I have lost many dear friends (but gained new ones). How did you come to the conclusion that many in the medical profession are lying to us about food, vaccination, etc.?

L.D.: When I was in medical school, I already realized that the majority of doctors don’t ever get anyone well, because drugs NEVER cure disease.  Doctors are taught only two methods of “treatment.”  We are taught to give harmful drug medications that only “treat” the symptoms, but never the underlying causes of the disease, and all drugs have numerous side effects that cause additional diseases.  Or, we are taught to cut off the patient’s body parts or cut out his or her organs.

But since no disease has ever been caused by a “deficiency” of drug medications, or by having “too many” organs or “too many” body parts, neither of those “treatments” works.  That’s why I chose orthopedic trauma surgery for my career, because if a person is shot or stabbed or run over by a truck, or falls from a high building, that person needs someone like me to put them back together again.

So, I already understood that most doctors don’t get anybody well.  But my awakening to the deliberate deceptions occurring at the highest (and lowest) levels of organized medicine came first with the rise of the AIDS epidemic in San Francisco.  Over a period of several years, I realized that almost every government and medical organization in the U.S. was involved in a horrendous cover-up of all the truth about AIDS, just to promote a political agenda.  I caught the CDC, the Surgeon General, the American Medical Association, and even the American Academy of Orthopedic Surgeons in outright lies.

And my second big awakening occurred when I developed severe, advanced breast cancer, myself, and understood that almost everything we are taught in our medical training is a lie!  Both chemotherapy and radiation cause cancer.  Unfortunately, doctors have become the ignorant dupes of the elitists, particularly those who own and run the drug companies.  It makes no sense to “treat” a cancer patient with a “treatment” that causes the disease he or she already has!

So I set out to find the real causes of cancer.  Interestingly, ALL the causes of cancer, and every other disease, are well documented in the medical literature, but we doctors are never taught them in our training, because the drug companies control most of what doctors are taught.  And they obviously don’t want patients to get well.  It’s not good for business! They want patients to die slowly and expensively.  Drugs NEVER cure disease and Vaccinations have NEVER worked.

In addition, vaccinations maim and kill both children and adults. Vaccinations had nothing to do with the decrease in childhood diseases in America or anywhere else in the world.  The decrease in these diseases was the result of improved housing, improved sanitation, the passing of child labor laws, and other factors that eliminated deadly childhood diseases.  And this all occurred BEFORE the introduction of vaccinations.

Furthermore, I was able to reverse my Stage 4 Breast Cancer by totally natural methods, with no chemo, no radiation and no mastectomy.  These pictures show how terribly sick I was: http://www.drday.com/tumor.htm And since reversing my cancer without conventional therapy, I have been totally well and cancer-free for over 20 years. I explain all of this in my materials (books, CDs, and DVDs) on my website at www.drday.com

J.E.A: I totally agree with you. I began to do research on the pharmaceutical industry when I was teaching in Florida way back in 2003. I was quite astonished to discover that the pharmaceutical industry wants to turn us all into patients. That’s how they have cashed in billions upon billions of dollars for years.[2] In any event, are you “afraid of blood,” as the San Francisco Chronicle declared back in 1989?[3]

Give us a brief background of how you began to discover some of these things.

L.D. No orthopedic surgeon can possibly be “afraid of blood.”  We are covered with blood all the time in the operating room, particularly those of us who are orthopedic trauma surgeons.  It is very bloody surgery because bone bleeding cannot be stopped by tying off the bleeding blood vessels, as can be done in muscle and other soft tissues.

But ALL doctors are appropriately afraid of any type of blood that can transmit a deadly disease, as everyone else should be, as well.  It’s called “survival.”  It would be utterly stupid not to be concerned!  Those who say we shouldn’t be afraid are those who are in a position NEVER to get any blood on them.  They are doctors who sit in their safe offices at the CDC or at the NIH, in white shirts and ties, and never see a single patient, so they are never exposed to the blood of a patient with hepatitis B, tuberculosis, or AIDS.

Surgeons have always used special precautions when operating on patients with hepatitis B and tuberculosis.  It’s mandatory!  But when AIDS came along, somehow, if the surgeon wanted the same protection from an AIDS patient’s blood during the operative procedure, the doctor suddenly was branded a “homophobic bigot.”  It was obvious this insane attitude was politically motivated, a result of the New World Order’s promotion of homosexuality, and had nothing to do with the sane and proper practice of medicine. Instead it is part of the One World Government’s plan for population extermination.  (Homosexuals don’t have children.)