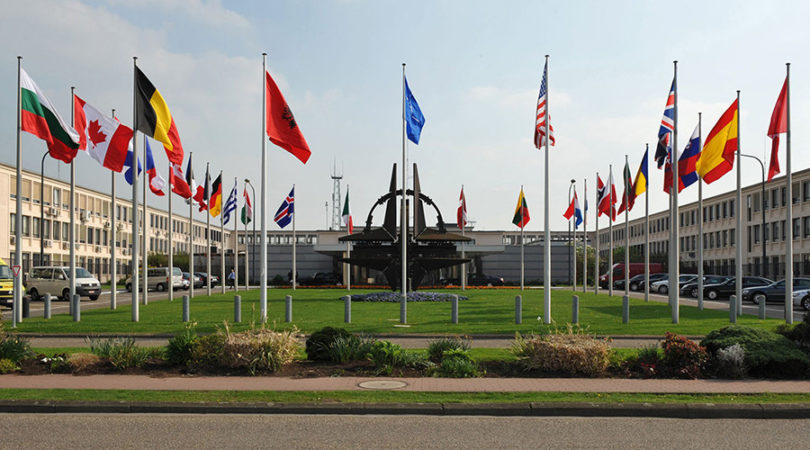 NATO’s academic wing has been warning about disinformation for years. And it’s no wonder when its staff and contributors are so well-versed in the practice themselves.

The Atlantic Council is an organization dedicated to discussion between people who hate Russia and folk who really, really hate Russia. Thus, amid the current hysteria, it’s Christmas every day for its assorted staff and “fellows” or, to use a more accurate term, ‘lobbyists.’

For the uninitiated, it’s difficult to explain what exactly the Atlantic Council does. Essentially, the club exists to influence the information space to justify NATO’s continued existence. It does that by either employing Russia’s opponents directly or offering retainers to journalists and media analysts who can be relied upon to push the outfit’s anti-Russian stance. Which, of course, is its lifeblood.

While the Atlantic Council is set-up to promote antagonism toward Russia, it also needs it. Because if Russia combusted tomorrow, everyone on the payroll would be out of a job. So, it’s like the famous U2 song “I can’t live, with or without you.” But unlike the protagonist of that ditty, these guys don’t give themselves away. Instead, this NATO adjunct is lavishly funded, by a roll call of famous entities.

Such as the Foreign & Commonwealth Office of the United Kingdom, Abu Dhabi’s National Oil Company, the Ukrainian World Congress, the Lockheed Martin Corporation, the Raytheon Company, the US State Department and the Victor Pinchuk Foundation, which is the plaything of a Ukrainian oligarch.

Some of the more prominent beneficiaries of the resultant money tree include Bellingcat’s Eliot Higgins, CNN’s Michael Weiss, Crowdstrike’s Dmitri Alperovitch, Obama advisor Evelyn Farkas and Maxim Eristavi of Ukraine’s Maidan. All of whom are conveniently united by their hostility to all things Russian.

The Atlantic Council’s content ranges from very anti-Russian to extremely anti-Russian. For instance, it carries articles by the likes of Alexander Motyl, who predicted Russia’s imminent collapse in January of 2016, before warning in January of 2017 that Moscow was planning a major land invasion of Ukraine. Which is Russophrenia at its finest, in fairness. Nevertheless, Motyl is a shrinking violet compared to Atlantic Council lobbyist Anders Aslund, who foresawRussia’s demise way back in September 1999. And now, almost eighteen years later, he’s still hanging around for the big moment. In the manner of a Seventh Day Adventist awaiting the second coming of Jesus, any day now.

So, now that we’ve established the Atlantic Council’s modus operandi let’s look at the latest example of the group’s myopia. This week, they’ve unleashed one Polina Kovaleva to opine on “why Congress should pass the Russian sanctions bill.” And she’s delivered a tirade which is shoddy, even when measured by the usual indigent standards.

Kovaleva gives her readers examples of why the embargo is justified, in her opinion, but then delivers a line so deceptive that it makes you wonder whether she’s in touch with reality. “Although the Senate easily passed a strong sanctions bill in June to punish Russia for its aggression in Ukraine and annexation of Crimea, the White House has quietly lobbied to weaken it, and some European politicians are pushing back,” she writes.

That’s’ right, “some European politicians are pushing back.” Some! What she actually means is “basically every significant elected representative in the European Union.” Including, the “leader of the free world” herself Angela Merkel and that well-known renegade Jean-Claude Juncker.

Here’s what Reuters reported on Wednesday morning: “European Commission President Jean-Claude Juncker said on Wednesday the European Union was ready to act “within a matter of days” if proposed new US sanctions on Russia undermined the bloc’s energy security. And that came three days after the Financial Times reported how Brussels was considering imposing penalties on the US if it damaged European interests to settle scores with Moscow.

Meanwhile, for her part, Merkel has backed Germany’s Foreign Minister, Sigmar Gabriel, in expressing concerns that Washington is threatening “illegal extraterritorial sanctions against European companies that participate in the development of European energy supply.”

Because everybody in Europe knows this US Congress bill has little or nothing to do with punishing Russia. Instead, it’s about trying to nudge Moscow’s energy companies out of Europe, to create market share for their competitors. In other words, a form of economic war, in which the EU countries’ interests don’t amount to a hill of beans.

Something explained recently by Wolfgang Ischinger, a prominent German pundit and former diplomat. He contended: “how would the US have reacted if Europeans had adopted a bill against Keystone XL pipeline but in favor of European business?” before pointing out “for Europe, the loss of such large oil or gas supplies from Russia is unacceptable: there are no alternatives.”

Without question, this is a high-profile resistance campaign. And these sanctions could severely rupture transatlantic ties. Because you don’t get more powerful than Merkel and Juncker in Europe. But the Atlantic Council makes it sound as if a few fringe politicians are off on a solo-run, rejecting Washington’s supreme wisdom.

That is certainly not the case and amounts to misleading agitprop of the highest order. Which is rather apt for a lobbying firm which recently held a “Disinfo week” and proudly claims to be “On the front lines of disinformation.” Because, on this evidence, the Atlantic Council is home to seriously proficient gurus of hogwash.