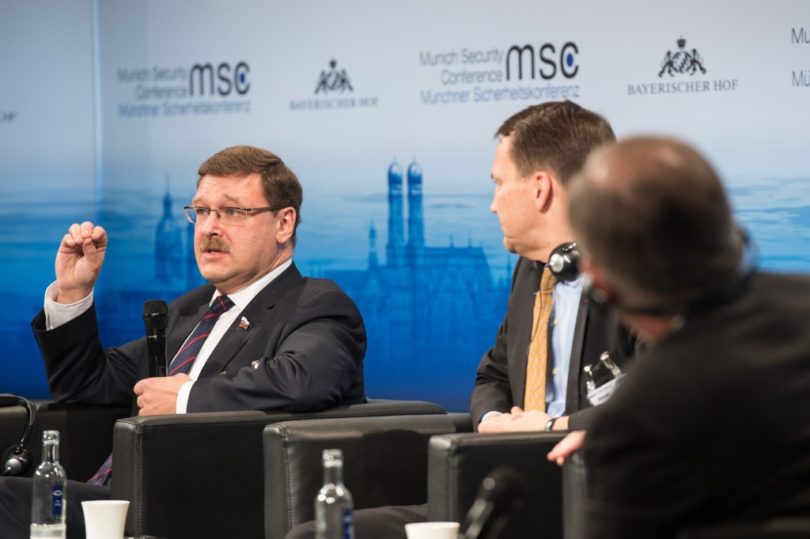 Russian Foreign Minister Sergey Lavrov and the Chair of the Foreign Affairs Committee of the Federation Council, Konstantin Kosachev have both made their feelings known. Both agree that Israel has no real argument to make against the ceasefire and accompanying de-escalation zones.

During his press conference with French President Emmanuel Macron, Israel’s Prime Minister Benjamin Netanyahu expressed his opposition to the ceasefire under the guise that it would embolden Iran and its allies, even though Iran is not a party to the south-eastern ceasefire, it is instead a party to the de-escalation zones established with Russia and Turkey via the Astana Memorandum of May 2017.

Later, Konstantin Kosachev, the Chair of the Foreign Affairs Committee of the Federation Council, issued a Facebook post detailing his view of Israel’s position. Kosachev frequently offers public statements indicating Russia’s position in foreign affairs as he is among the top policy makers on such issues in the upper house of the Federal Assembly of Russia.

It is clear that Russia is perturbed by Israel’s opposition to the ceasefire. As Konstantin Kosachev alluded to, the regional commitment to security from terrorism that all states in the region ought to be concerned with, should take precedence over Israel’s rivalry with Iran which is not in fact a party to the ceasefire in question.

Thus far, Israel is the only country which borders Syria that has not faced any attacks from Salafist terrorists who are participating the Syrian conflict.