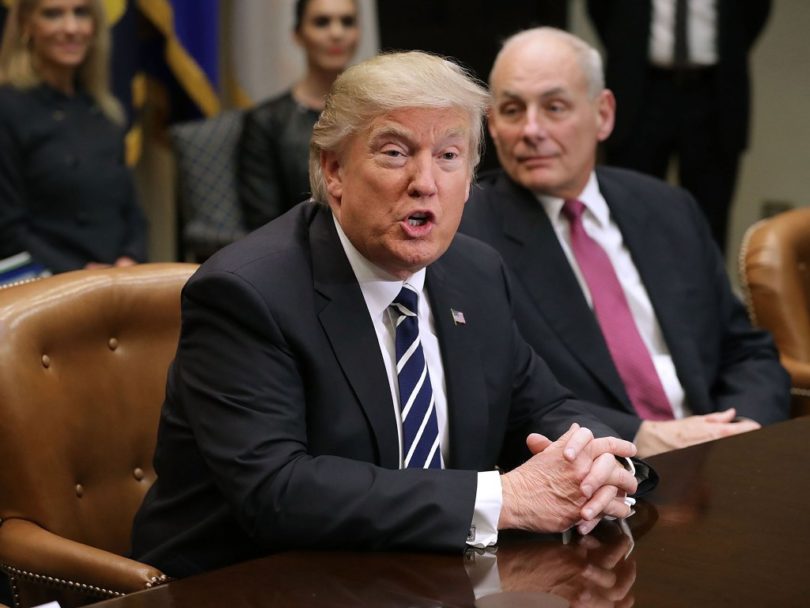 The list of countries, businesses and individuals opposed to a new wave of sanctions against Russia continues to grow. Congress is set to present Donald Trump with a new bill for sanctions which would hit Russia, Iran and North Korea as well as businesses from elsewhere who conduct commercial activities with entities in the aforementioned states. Trump now faces the politically precarious decision of whether to veto the legislation.

The Duran’s Alexander Mercouris has previous written on why the sanctions may be unconstitutional in the first place as under US law it is the prerogative of the Executive to make or end sanctions rather than a Congressional power.

The European Union has also come out in opposition of the sanctions which would impede the ability of major European companies from continuing existing business deals with Russian corporations.

This is the strongest statement to-date affirming that Europe not only opposes the new sanctions but will take active measures to retaliate against them. Not only would the sanctions stifle economic activity among major EU companies as well as small and medium sized businesses, but it could see Europe being forced to buy expensive American liquefied natural gas instead of comparatively inexpensive gas from Russia’s pipelines to Europe.

Calls from Europe to forego new sanctions were echoed from American companies including BP, ExxonMobil, General Electric, Boeing and Citigroup, MasterCard, Visa, Ford, Dow Chemical, Procter & Gamble, International Paper, Caterpillar, and Cummins which have all voiced their strong opposition to the sanctions on the grounds that it could effect their business operations.

Former Congressman and Presidential Candidate Dr. Ron Paul, an advocate of economic and individual liberty, wrote the following about his opposition to the sanctions,

Donald Trump could veto the measures and do so on the grounds of Constitutionality rather than on the grounds of disagreeing with the content of the legislation. By attacking the sanctions on this technical ground he could ostensibly dodge some of the predictable criticism from the Russophobic western mainstream media, the neo-con wing of the Republican party and virtually all of the Democratic party, who will not hesitate to pounce whenever Donald Trump is seen as doing something which appears to favour Russia.

The fact that America’s biggest corporations and the EU, a key US ally is opposed to the sanctions will almost certainly not make the headlines of the media outlets Donald Trump refers to as the “fake news media”.

There is one other consideration. Donald Trump continues to speak about seeking cooperation with Russia, but he also said that American energy exports would start to complete with Russia in the open marketplace.

In his first interview after meeting with Russian President Vladimir Putin at the G20 summit, Trump stated,

By using sanctions to force European states to purchase expensive American liquefied natural gas, could this be Trump’s way of competing with Russia in respect of energy exports? If it is, it is ultimately a flawed plan. Not only does it create an un-level playing field by using the might of a government to influence the global marketplace, but furthermore, it is doubtful that in the winter months, America can deliver liquefied natural gas to Europe fast enough to keep up with high levels of usage. Russia which delivers gas to Europe via pipelines has no such difficulty.

With Trump seemingly about to fire Attorney Jeff Sessions and with rumours of Rex Tillerson planning to quit, Trump does not need to alienate Europe and major US companies at a time when his White House team seems to be on the verge of a big shakeup.