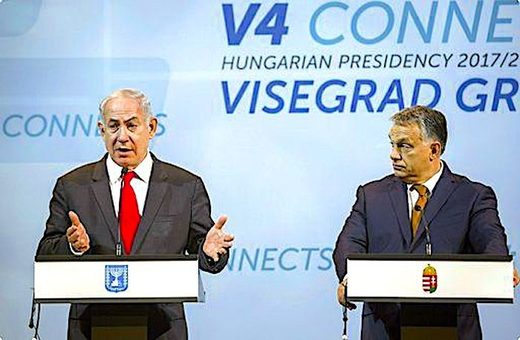 Israeli Prime Minister Benjamin Netanyahu has admitted that Israel carried out dozens of attacks against Hezbollah arms convoys in Syria, oblivious to the fact that his remarks were being picked up by a live mic and relayed to reporters, Haaretz reported.

Netanyahu focused most of his energy during the meeting on bashing the EU, accusing it of “crazy” behavior due to conditions put on its relationship with Israel over the Palestinian peace process.

Although the remarks were not intended to be relayed to the press, they were accidentally transmitted to reporters through headphones.

Netanyahu went on to stress that Israel has a special relationship with China, and that Beijing doesn’t care about political issues. He went on to urge the leaders to use their influence on the EU to persuade the bloc to ease conditions related to Israel, asking them to

The Israeli prime minister went on to reiterate that he believes there is “no logic” in the EU’s behavior.

At that point, Hungarian Prime Minister Viktor Orban – who himself has clashed with Brussels on a number of issues, including his decision to build a barbed wire fence to keep refugees out of his country – interrupted.

In response, Netanyahu said he believes