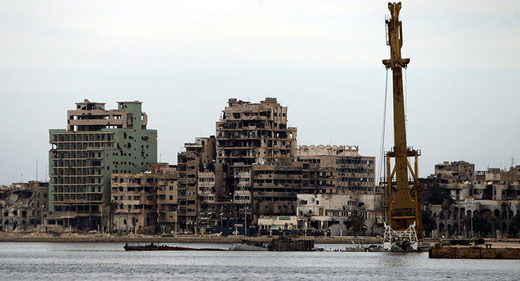 According to The National, Fayez Al Sarraj, the prime minister of the UN-backed Government of National Accord in Tripoli, and Field Marshal Khalifa Haftar, the commander of the eastern Libya National Army, have agreed to a ceasefire in the embattled country, while at the talks in Paris hosted by French President Emmanuel Macron.

The news outlet added that both sides also agreed on further talks under the auspices of the newly appointed UN envoy to Libya, Ghassan Salame. They also promised to ensure a unified government and elections to put an end to the crisis and bring stability to the country.

“We decided to create a roadmap on the issues of security and defense of the Libyan territory from threats and trafficking of all kinds. We shall seek adherence of all security forces and armed forces within the framework of the reunification of institutions to coordinate efforts to combat terrorism, to control the migration flow through Libyan territory, to control borders and to combat criminal groups,” Sarraj’s and Haftar’s communique reads, according to the Elysee Palace.