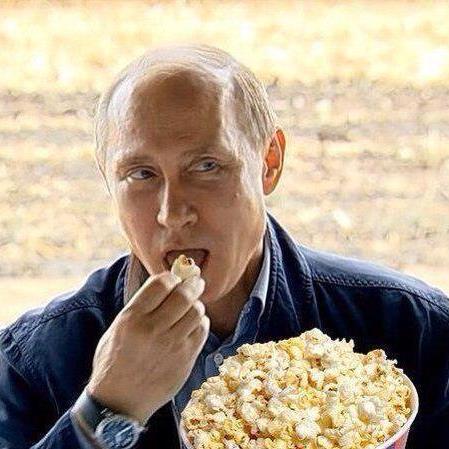 Russia is getting increasingly fed up with the protracted situation.

Russian Foreign Minister Sergey Lavrov has called the US seizure of Russian embassy property in the United States, “daylight robbery”. He added,

He implicated the Obama administration as guilty of trying to make thigns more difficult for Donald Trump via their preferred target, Russia.

Last week, Julian Assange laid out how the seizure of the Russian property which is legally the territory of the Russian Federation violates international law according to the Vienna Convention.

The situation arose in December of last year when the Obama administration seized the property in conjunction with expulsions of Russian diplomats and embassy officials.

Russia had waited to directly raise the issue with the US until Donald Trump’s first face-to-face meeting with Vladimir Putin.

For his part, then President elect Trump responded by condemning Obama’s move on social media, saying,

So it was clear in December of 2016 that Putin was waiting to handle the issue with President Trump and that Trump was disinterested in carrying on Obama’s acts and showed interest in reconciling the issue with Russia.

To understand the seriousness, indeed the heinousness of what Obama did, a mass expulsion of embassy staff and the seizure of ambassadorial property is against every protocol of international relations and is by many accounts an illegal act, especially in a period which is technically time of peace between the nations involved.

Obama not only seized Russian owned property but did so on what is legally Russian soil. Some could call it a soft act of war. One ought to remember that it is the very letter of the law affirming that embassy property is on the legal territory and jurisdiction of the country to which the embassy belongs, in this case the territory of The Russian Federation, that has caused  the US, Sweden and the UK a great deal of trouble in their relentless war of aggression against a single Australian man.

This legal fact is indeed the reason why Julian Assange has not yet been molested by British authorities who seem eager to do so and have promised as much should he leave the embassy and legally step onto UK soil. The Ecuadorian Embassy in London is Ecuadorian sovereign territory, not British territory, in spite of being situated in London.

The question therefore is, why wasn’t this dealt with by Russia and the Trump administration in January or February of 2017, given how pressing the issue was and remains?

The only logical answer is that Russia showed an extreme amount of patience as Donald Trump found his feet in the very hostile US domestic political environment.

Russia took what can only be called an extremely gentlemanly approach and waited until the Russian President could meet Donald Trump in person before taking the retaliatory measures that most foreign leaders would have taken instantly.

Although Sergey Lavrov spoke after the G20 meeting between the Russian and US Presidents saying that the US was committed to resolving the issue, clearly, the lack of enthusiasm and speed from the US side has led Russia to make the dramatic yet entirely proportional and therefore entirely correct threat publicly.

It is critical to remember that Russian and US officials are working to solve the issue at this very moment, therefore Russia is still giving the US one final chance to right the situation before taking any action. The question then goes to, why did Russia not wait to make the threat until the time that such negotiations might reach a brick wall and fail?

The best answer to this question is that the Russians have learned the art of the deal. Make a reasonable offer and if your negotiating opponent becomes slow or unreasonable, walk out of the negotiating room while making one’s position known, should the other side foolishly not come back to the table.

Putin has now met with Donald Trump for the first time and Lavrov has met him for the second time in several months. Both men must at least have a generally good feel for Trump as a man and unlike many countries, the human side is deeply important to Russia. Russia deals with people over and above jargon.

Had Obama still been POTUS, chances are that Russia would have made good on its threat instantly. With Trump in the White House, a man who will famously sit and negotiate anything like any good businessman, Russia is playing with carrots and sticks, something which was increasingly useless when dealing with Obama, a man who had become a soft-spoken fanatic, vis-a-vis Trump who likes a good tough negotiation and has said so repeatedly.

Just as much of America’s belligerence towards North Korea appears to be a deeply misguided move to show China that the US is ‘tougher’ and more serious than it used to be, Russia is most likely publicly playing hardball with this issue to show Trump the same, the only difference being no one is threatening to physically hurt anyone because it is not Russia’s style to act so disproportionately.

The ball is in Trump’s court. It is clear that he does not have strong feelings on the issue and would most likely rather it go away. That being said, many in the US will be savagely telling Trump not to budge on the issue because of the nonsense that is Russigate.

In this sense, Russia is equally challenging Trump to, for lack of a better term, show that he has bigger balls than the deep state. If the US reaches an 11th hour agreement with Russia, the answer is that he has.

If the issue was not so serious, this would be the best reality TV show ever made!

As they say, pass the popcorn.