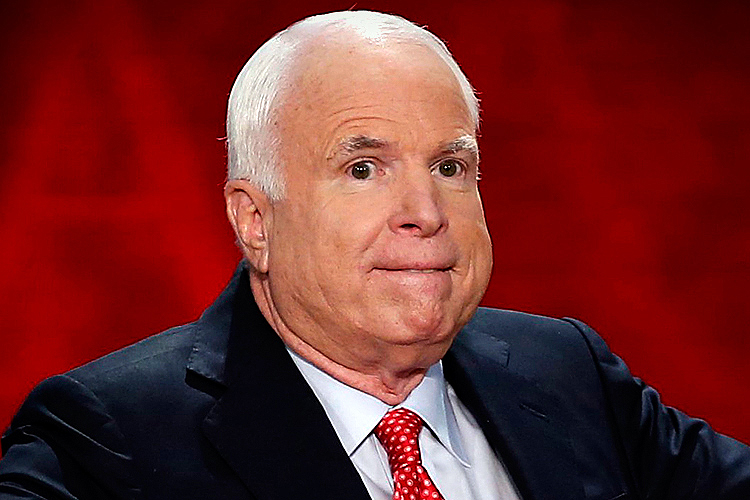 The longtime US war hawk may have entered his final fight

Multiple media reports are confirming that longtime US senator from Arizona, John McCain, 80, has been diagnosed with brain cancer.

McCain has been out of the senate since the beginning of this week due to being hospitalized. His absence was part of the reason a scheduled vote to repeal Obamacare was postponed.

According to medical experts, the type of tumor McCain was diagnosed with is known for spreading to other parts of the body:

Fortunately, as a US senator richly rewarded by the globalist military-financial establishment, McCain is able to afford the finest medical treatment money can buy.

It is unlikely that the hundreds of thousands of innocent men, women, and children killed, forever maimed, or displaced in the globalist wars aggressively promoted by John McCain will ever receive equitable treatment or compensation for the ruination of their lives.

People ranging from Vietnam, to Iraq, Afghanistan, Libya, Syria and Ukraine, all have suffered from the senator’s expansionist “regime change” foreign policy.

He’s also been a vocal opponent of Donald Trump’s proposals to increase international cooperation with Russia.

One of McCain’s last significant trips abroad came in January, when along with colleague Sen. Lindsay Graham, he visited the front line of Ukraine’s Donbass war, urging the Kiev regime’s forces step up their attacks on the region’s rebels and promising more weapons.

One thought on “John McCain diagnosed with brain cancer”