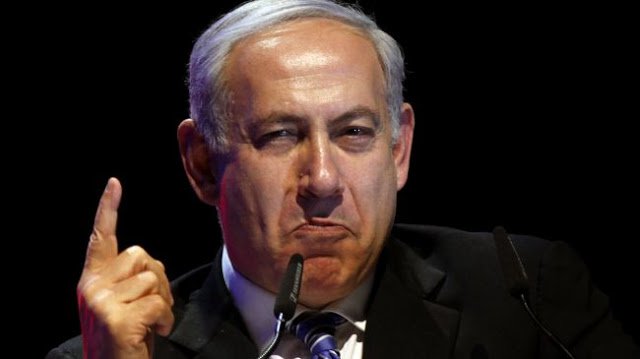 We can say with certainty that the Israeli regime will fight harder. They will come up with more ridiculous lies and fabrications. We are expecting them to conjure up new and improved hoaxes because they just won’t give up too easily.

The Washington Post has reluctantly acknowledged a few days ago that it is now very difficult to remove Assad from power.[1] This obviously is pregnant with meaning. Israel, as we all know by now, is the main culprit behind the Syrian war. They wanted to overthrow the Assad government since the beginning of time.[2]

Keep also in mind that Israeli officials even called for the assassination of Assad a few months ago.[3] According to the Jerusalem Post, Housing Minister Yoav Galant even declared that “the rule of the Assad regime is the worst since the Nazis in WWII.”[4]

There is no doubt that the Israeli regime has exhausted almost every possibility to get rid of Assad. The conjured lies and fabrications; they said Assad was killing his own people; they said Assad supported terrorism; they told us ad nauseam that Assad used chemical weapons on his own supporters; they saturated the West with fake news; CNN in particular conjured up all kinds of strategies to present completely false narratives about Assad. Shmuley Boteach, America’s famous rabbi, even declared last June that “A Righteous Israel Must Bomb Assad’s Crematoria.”[5] Here is Boteach at his best:

Boteach obviously thinks that summoning categorical hoaxes and frauds in order to invade a sovereign country is legitimate. In fact, the Talmud permits that.

But the simple fact is that Assad is still in power. The lies and fabrications obviously didn’t work, and they Syrian people weren’t fooled by Israel’s manipulation. They unanimously declared that their country was being destroyed by outside forces, namely, Qatar, Saudi Arabia, the United States, and Israel. And people like Boteach can never explain to us why the large population in Syria is till supporting Assad.

Assad is killing men, women and children by the thousands, but those civilians want to keep Assad in power! How can Boteach explain this? Well, there is no explanation because Boteach seems to think that his readers are just stupid and they won’t be able to detect what’s really taking place.

In any event, we can ignore people like Boteach. They cannot reason serious things out precisely because they have deliberately rejected metaphysical reason. Moreover, thanks to Russia, Assad is still thriving. One army official, Special Operations Command chief Army General Raymond Thomas, is even worrying that Russia “could force the US out of Syria.” He said:

One can see why many officials are now attacking Vladimir Putin. One can see why they are perpetuating the categorical lie that Putin is persecuting homosexuals:

In any event, we can say with certainty that the Israeli regime will fight harder. They will come up with more ridiculous lies and fabrications. We are expecting them to conjure up new and improved hoaxes because they just won’t give up too easily.